Canada, get ready for Shane Carwin at UFC 131 in Vancouver on June 11 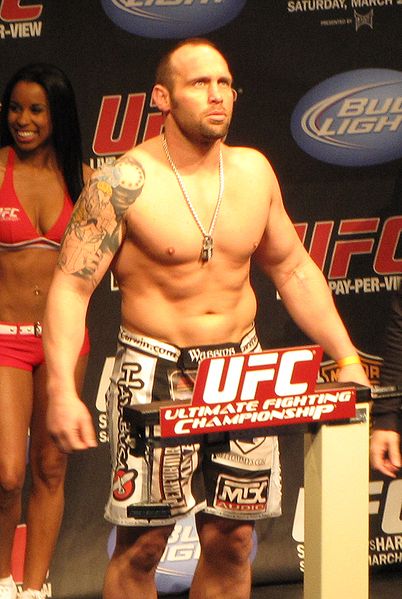 It appears UFC heavyweight contender Shane Carwin (12-1) will be returning to action on June 11 at UFC 131 in Vancouver, British Columbia, Canada. No opponent has been named yet.

As you can imagine my management team has been in close contact with the UFC during my recovery. A couple of weeks ago they requested that I fight in late may or early June. I have subsequently “tweeted” that those are my target return dates. I want to fight as much as possible this year.

So last week we got the call from Joe Silva asking if we would consider fighting Nelson at UFC 130. We accepted the match up and UFC Matchmaker Joe Silva said that it was 90% a go. The next day we were informed that they went a different direction for Nelson and that they want me to fight someone at UFC 131 in Vancouver. I have once again rapidly accepted the date.

As of this blog no opponent has been mentioned. … I am pumped to be able to fight in Canada. The international fans are so pumped for the shows and if you have never been to B.C. I am certain BC stands for Beautiful Country.

Carwin is coming off a recent back surgery and began his rehab in November.

His last bout was an epic title fight battle with Brock Lesnar at UFC 116 on July 3, 2010. Carwin all but destroyed Lesnar in the first round but Lesnar survived and ended up submitting Carwin in round two. It was Carwin’s first and only loss.

One thought on “Canada, get ready for Shane Carwin at UFC 131 in Vancouver on June 11”