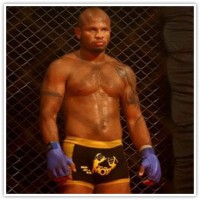 Chute Boxe fighter Maiquel Falcao (25-3) will make his UFC debut against Gerald Harris (17-2) at UFC 123 in Detroit on Nov. 20, according to Tatame, who revealed that the Brazilian newcomer signed a four-fight deal.

Falcao’s impressive record includes 21 wins via knockout or TKO. All of his fights have taken place in Brazil.

Harris, a participant on The Ultimate Fighter 7, has won his first three UFC bouts, including a stoppage win over Dave Branch at UFC 116 and a first round TKO over Mario Miranda.