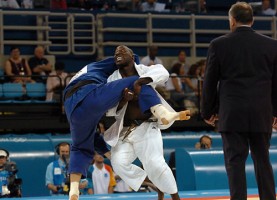 ProMMAnow.com confirmed the news with both, Hybrid Fight League and Ferguson’s manager. An opponent for Ferguson has not yet been determined, but should be announced within the next few days.

Ferguson has a PhD in education, is a judo black belt and holds a BJJ black belt under Ricardo Liborio. He is also well known for his strength and conditioning programs and helps train professional athletes in several sports. He has worked with and helped train such MMA fighters as Jeff Monson, Brandon Vera and Bobby Lashley to name just a few.