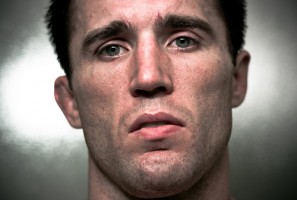 For someone who has tried to portray himself as a “straight shooter” and “tell it like it is” kind of guy, the UFC middleweight contender and Republican nominee for Oregon State Representative has a lot of egg on his face right about now.

Sonnen has been taken to task by countless media outlets for his smack talk directed at upcoming opponent UFC middleweight champion Anderson Silva.

The largest outcry has come due to remarks that Sonnen made on his Twitter account. Dedrick Muhammed, a writer for the Huffington Post, called Sonnen’s statements “racist” and “xenophobic”.

Nigel Jaquiss, writer for Williamette Week, a publication out of Oregon, exchanged emails with Sonnen and asked him about the controversial statements on the Twitter account. Jaquiss today published those email exchanges, and they show where Sonnen flat out denies he has a Twitter account at all.

However, Sonnen hangs himself in this April 23, 2010, video interview with MMA reporter Ariel Helwani, in which he not only admits to having a Twitter account, but he spells it out, lest there be any question, “s-o-n-n-e-n-c-h”. The lynching takes place about the 45:40 mark and goes something like this:

Q: Tell the people what your Twitter page is

For more on this story, check out Dedrick Muhammed’s “Chael Sonnen Not Fit for Public Office“, and of course Nigel Jaquiss’ “Fighter, Candidate Chael Sonnen Lies About Twitter Account.”