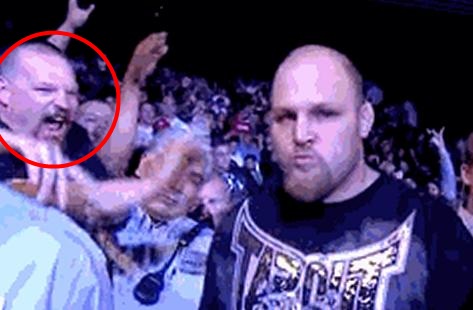 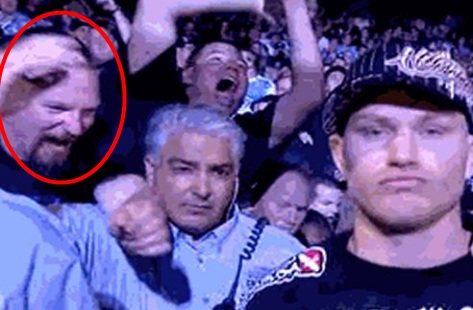 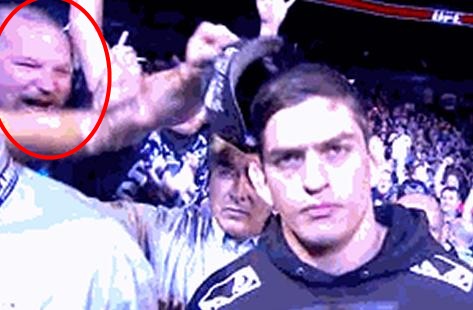 The notorious Canadian Hat Thief Gang rode again at UFC 115 this past weekend. The leader of the gang was first reported to be Tank Abbott, but was later identified correctly as just a fat bald guy with a goatee, as can be seen in the photos above.

The gang usually operates in countries outside the U.S. such as England and Canada where the laws on hat thievery are more lenient.

Known hats that were swiped at UFC 115 included those worn by welterweight Paulo Thiago and heavyweight Ben Rothwell. Fortunately for UFC welterweight Martin Kampmann, he was able to narrowly escape the attempted assault.

Now that the leader of the gang has been identified, we are offering a reward to anyone who can bring the fat bastard to justice. Take caution when apprehending the leader. Most likely he will be intoxicated and he has no fear of authority.

If you know the fat bald guy with a goatee seen in the photos above (or his cohort seen in the middle photo with his arms raised) and can provide a link to his Facebook or other social networking site, please report your findings to info@promma.info, and we will send you a free UFC DVD.