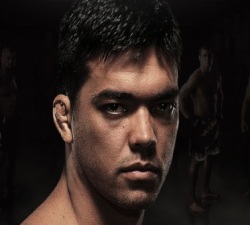 There’s been so much talk about Lyoto Machida that I had to watch his fight with Tito Ortiz again today. Now I’ve seen it three times in its entirety.  It seems there are two schools of thought on Machida and nothing in-between.

On the one side we have the people who say he was running the entire fight and he’s a boring fighter.  And the other viewpoint is that Lyoto Machida is an elusive fighter who doesn’t just stand straight in front of his opponent and is able to evade attacks.

People are also saying that it’s just the casual fans who don’t appreciate what Machida does and it’s only the people who just care about brutality and not “the sport” who consider him boring.  I won’t go that far.  But I am definitely of the school of thought that supports Lyoto Machida and his style of fighting.

What I noticed about Lyoto is that he likes to avoid clinches much of the time.  How many times have you seen a fight and you thought there was too much hugging, too much clinching?  Chances are you will never have that problem with Machida and maybe that comes from his karate background.  There’s so many styles of fighting that sometimes I think people forget about the benefits that karate can offer.

Lyoto reminds me of some of the great boxers who were very fast on their feet.  Lyoto stays very light on his toes but at the same time seems extremely grounded.  I would not even completely consider Lyoto a counter-striker.  He is constantly using feints and fakes to keep you guessing.  He comes from all angles…low right kick to high left kick, in and out, knees, punches and the whole time he is avoiding your strikes.

He makes his opponents waste energy by throwing big punches and hitting nothing but air.  You swing at him and he’s already gone, vanished like the ninja of old.  I wouldn’t be surprised if Tito thought he was in there with two or three different opponents at times, multiple Machidas coming from all angles like Mr. Smith in the Matrix.

I don’t know how to convince anyone to appreciate what Machida does if you think he is boring.  All I can say is that not everyone is going to fight with the style of a Wanderlei Silva.  But Lyoto Machida gets the job done.  He wins and he wins decisively.  There was no question who won that fight.  And when he attacks, he attacks hard and ferocious.

He is by no means simply a passive fighter, rather I would say he has a perfect balance of the yin yang principle in his fighting.  Instinctively, he knows when to be fluid and moving like water and then at the right time he attacks with the ferocity of fire.  This makes his nickname, “The Dragon” a perfect nickname.

If you study the meaning of the Dragon throughout mythology you will see that it is highly appropriate as a moniker for Lyoto Machida.  To compare Lyoto’s style to the way Kalib Starnes fought in his last fight is ludicrous.  It’s not even remotely the same.  To say that Lyoto just fought “not to lose” is not a correct analysis either.

Statements like those totally overlook what is really going on.  If you notice he is just as aggressive and forceful when he attacks as he is elusive and flowing when moving.  That is the perfect balance I was talking about.  It’s a style many may not be used to but I’m confident that in time there will be many many new fans of Lyoto Machida.

4 thoughts on “The “Dragon-style” of Lyoto Machida”