By now you’ve surely seen Miley Cyrus swinging naked on that “Wrecking Ball” in her music video by the same name. While UFC middleweight Mark “The Filipino Wrecking Machine” Munoz does his best impression of Cyrus, he is missing a few things. Numero uno, he’s not naked. Numero two-o, while he does get up close … Read more

Chael Sonen, considered by many to be the most outspoken man in mixed martial arts, has been confirmed as the returning host of the fifth Fighters Only World MMA Awards ceremony. CBS Sports anchor, Molly Querim, has also been confirmed as co-host.

Imagine if Chael Sonnen were your therapist! Frank Mir finds a cure for athletes foot… and jock itch. And Dominick Cruz and Phil Davis find some gold mines in MMA Storage Wars. 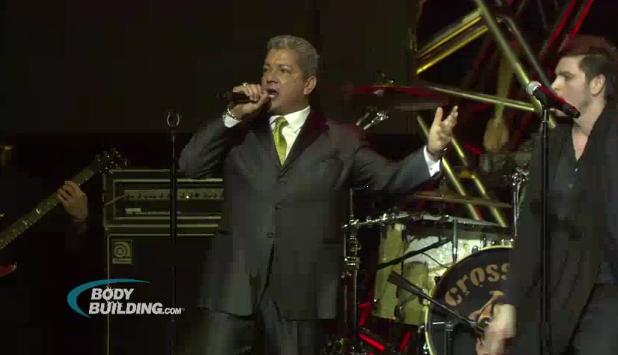 This year’s World MMA Awards featured plenty of performances by some of MMA’s most notable personalities. However, none of them seem to be quite as addicting as this rendition of “MMA is on Fire!” by Bruce Buffer.

In this premiere of THE TRU MMA SHOW, Aaron Tru takes viewers backstage at Strikeforce, visits BeatDown 7 in North Dakota and takes us inside the World MMA Awards.

ProMMAnow.com will provide LIVE updates of the winners from tonight’s 2010 World MMA Awards which will air LIVE on Versus.com starting at 10:30 p.m. ET. UFC Hall of Famer Randy Couture and Versus reporter Molly Qerin are hosts.

American Top Team lightweight, Cole Miller is up for “Submission Of The Year” following his quick and clever inverted triangle choke and kimura that beat Dan Lauzon at UFC 108.

Coined as the “backpack of doom” by Sherdog’s and ESPN.com’s Jake Rossen, Imada submitted striking artist Masvidal in the third round of Bellator’s season 1 lightweight tournament semi-final in Dayton, Ohio on May 1, 2009.

Silver Star Casting Co. is known for their premium-quality signature walkout tees and roster of eighteen top MMA fighters. The brand’s envelope-pushing graphics and ability to capture each fighter’s personality makes Silver Star one of the most sought after brands…a brand that is built for champions.

We are extremely honored and excited to be finalists in both these categories,” says Silver Star owner, Luke Burrett. “ It’s the fans whose loyalty and support has made MMA the fastest-growing sport in the world, and our family business a success. Thank you.”