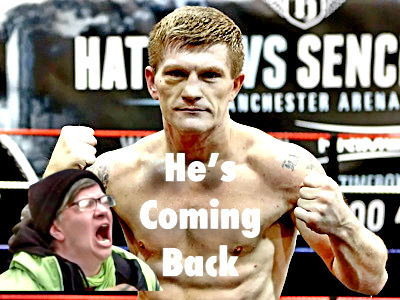 Wow! On July 2nd, former two weight world champion Ricky Hatton is coming back to the boxing ring. The announcement came via his official Twitter account. Hatton last fought in 2012 and was on the receiving end of his second consecutive KO prompting his retirement. He hung up his boxing gloves with an impressive record … Read more

Ahead of the most eagerly anticipated fight of the year, Ricky Hatton has shared his views ahead of the WBC title clash between Tyson Fury and Deontay Wilder. The pair are set to go toe-to-toe on Saturday evening, and former IBF champion Hatton believes that the core belief Fury is demonstrating could be the deciding … Read more

Boxer Ricky Hatton says Conor McGregor’s fight with Floyd Mayweather Jr will end badly for the Irishman. He believes that McGregor won’t even be able to lay a glove on him. A lot of boxers echo these sentiments, but die hard MMA fans are hoping that is not going to be the case. Check out … Read more 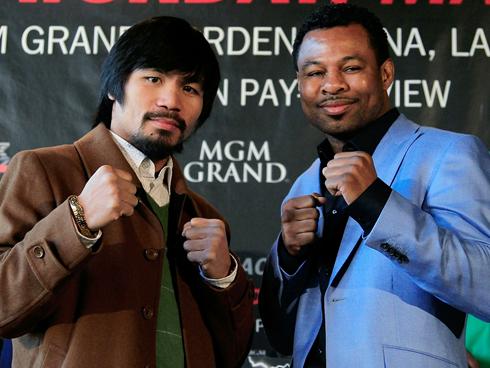 Here’s a tip, if your a world famous celebrity using illicit drugs and there’s a person hanging around who’s supposed to be a “friend” but they won’t partake of the drug, there’s probably a good reason for it.

Personalities such as Ricky Hatton, Miguel Cotto, Rashad Evans and many more share their thoughts and predictions on Toney vs. Couture which takes place this Saturday at UFC 118.

On Saturday night, May 2, 2009 Manny “Pac Man” Pacquiao took on Englishman Ricky Hatton at the MGM Grand in Las Vegas, Nevada. Pacquiao’s trainer, Freddie Roach predicted a third round KO over Hatton. He was close. Now the world waits for a potential future match-up between Floyd Mayweather Jr. and “Pac Man”.

British boxer, Ricky Hatton took in his very first UFC event on November 15 at the MGM Grand Garden Arena as he attended UFC 91 in Las Vegas.

Hatton will actually be fighting at the very same venue this Saturday nght, November 22, as he takes on Paulie Malignaggi in a junior welterweight world championship unification bout.

Hatton had this to say to the Daily Star about what he witnessed at UFC 91: