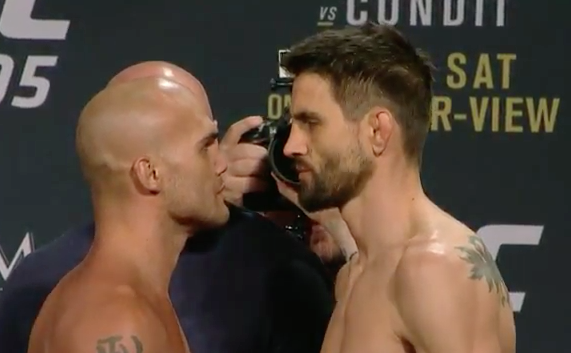 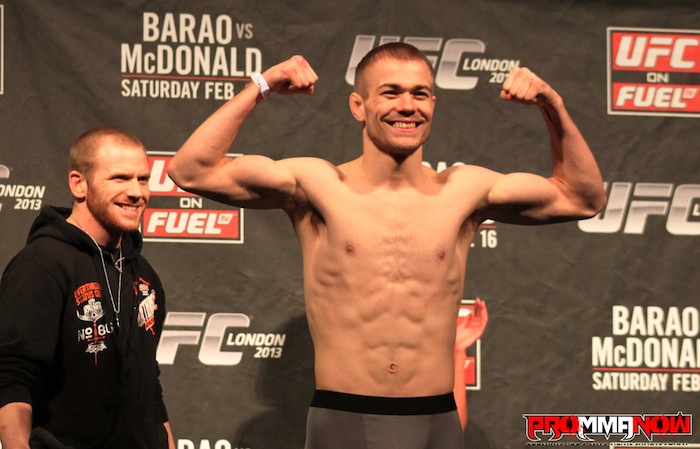 UFC officials have announced the return of one of the bantamweights brightest prospects in Michael “Mayday” McDonald. The 24 year old will return after a two year layoff to take on Japan’s Masanori Kanehara at UFC 195 on January 2, at MGM Grand Garden Arena in Las Vegas. McDonald (16-3) is coming off a second round submission … Read more

Masanori Kanehara returns to action in Moscow at Fight Nights “Battle of Moscow 4.” His opponent will be undefeated prospect Rasul Mirzaev.

PRO MMA (promma.info) provided live play-by-play of all the action.

The Sengoku Lightweight Championship was on the line in the main event with Satoru Kitaoka taking on Mizuto Hirota. The fight went back and forth. PRO MMA (promma.info) had Kitaoka winning the first and third rounds and Hirota winning the second. It was not until the fourth round, when Kitaoka was visibly winded, that Hirota was able to finish him off with strikes and take home the title.

Please join PRO MMA (promma.info) for a live play-by-play of Sengoku’s Ninth Battle. The card will feature a lightweight title fight, and the finals of the Sengoku featherweight tournament.

The event will feature a lightweight title fight between Satoru Kitaoka (25-8-9) and Mizuto Hirota (11-3-1). Kitaoka is on a six-fight win streak with his most recent victories being first round Achilles Lock submissions over Yukio Sakaguchi in June and Takanori Gomi back in January.

Kitaoka will be putting his grappling prowess up against the striking abilities of Hirota. Hirota’s most recent fight was a first round TKO victory over Mitsuhiro Ishida at Shooto Tradition Final in May. It is interesting to note that Hirota has never won a fight by submission and Kitaoka has never won via strikes.

In one of the many non-tournament bouts of the night, Akihiko Mori defeated Maximo Blanco after Blanco was disqualified for knocking out Mori with a soccer kick at 4:20 into the first round.