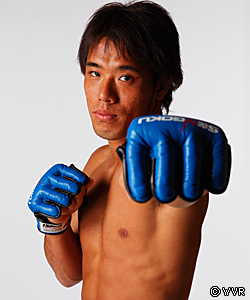 According to the promotion, M-1 Global welterweight champion Shamil Zavurov and Ring of Combat veteran Mikhail Malyutin will also compete on the card against unknown opponents.

Kanehara defeated Michihiro Omigawa in the finals of the Sengoku featherweight tournament to claim the SRC title. He then dropped the belt to Marlon Sandro almost a year later at SRC 13. At “Soul of Fight” he fell once against to Yoshiro Maeda. Earlier this month, he got back on track with a second-round knockout of Motoshi Miyaji at Pancrase “Impressive Tour 5.” Over the course of his career, Kanehara has defeated Chan Sung Jung, Jong Man Kim and Norifumi “Kid” Yamamoto.

Mirzaev has won back-to-back fights in 2011 to push his undefeated professional record to 4-0. In his last fight, he bested Roman Kishev at the United Glory World Series Finals.