More than a couple MMA fighters were arrested Monday morning outside of a New York nightclub. As of this report, most of the men involved are still jailed. Among the arrested is Renzo Gracie, who was released this morning on a $10,000 Bond. Igor Gracie, Gregor Gracie and Andre Gusmao were also involved. In a recent … Read more

Tonight’s lineup is sure to bring every MMA fan something. From the passion and determination of Soa “The Hulk”, the BJJ lineage of Igor Gracie or the tales of champion Jessica Penne we have something for you. 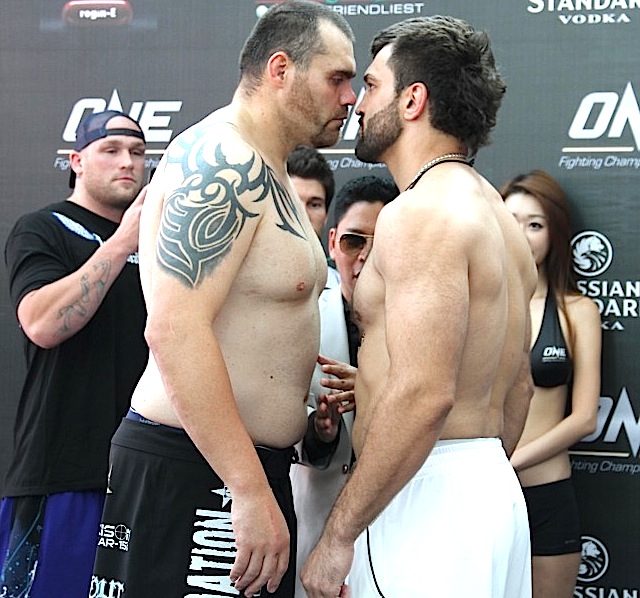 All fighters are weighed in and ready to go for Friday’s “ONE FC: Pride of a Nation” event being held at Smart Araneta Coliseum in Manila, Philippines.

Still hungover from Christmas? Do you wish it was Christmas every day of the year and Monday would never come? Here’s a few things to get you through the day and help make the weekend last as long as possible…

It took just a minute and twenty-three seconds for Lyman Good to defeat Omar De La Cruz with heavy punches, improve his record to 10-0, stake his claim as the very first Bellator Welterweight Champion, and pocket himself a cool $100,000 in the process.

The final event for the 2009 season, “Bellator XII,” takes place next Friday, June 19, at the Seminole Hard Rock Hotel and Casino in Hollywood, Fla. and will feature the Bellator Lightweight and Middleweight Championship bouts.

The weigh-ins for “Bellator XI,” featuring the Bellator Welterweight World Championship bout of Lyman Good vs. Omar De La Cruz, took place Thursday at the Mohegan Sun Arena in Uncasville, Conn. All fighters successfully made weight for Friday’s event. De La Cruz and Good will not only be battling it out for the welterweight title … Read more