Caidyn Bennett is our new hero.  This little girl is in kindergarten and smarter than most adults.  She warns any possible bullies that she’s not afraid to get a “rainy day“ if they mess with her because they will “catch these hands”. No black eyes from little Johnny. Check it out and smile with us. 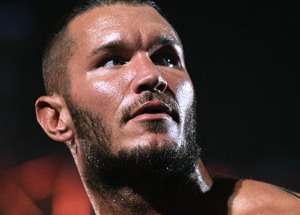 The House of Horrors match between Randy Orton and Bray Wyatt at the WWE Payback PPV is now non-title. After Jinder Mahal incredibly got a title shot on Tuesday’s Smackdown, WWE proclaimed that he would be getting a title shot at Randy Orton’s WWE championship. This essentially gave away what most assumed that Wyatt would … Read more

Ian Williams of VICE Sports has joined in the crusade to end bullying and hazing in WWE. The most legendary of all bullies John Bradshaw Layfield was called out very publicly after Mauro Ranallo departed the company. JBL has been identified as a bully by dozens of former and current WWE employees. The kicker? Vince McMahon … Read more 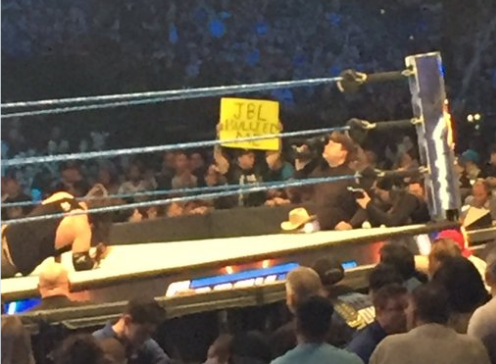 First, the opinions in this article are mine and not PMN’s. WWE is getting heat from all sides for attention drawn to bully John Bradshaw Layfield – ring name JBL. Matt Hardy, Justin Roberts, recently Mauro Ranallo, John Morrison, and so many more have spoken about hazing and bullying in WWE. Legendary insider Dave Meltzer … Read more

John Bradshaw Layfield is a well documented bully both on camera and especially off. Look it up and you too can wonder how he still has a job with WWE as a commentator. Now, it looks like commentating legend Mauro Ranallo will not return to announce alongside JBL. According to reports, you guessed it, it was … Read more

Attention bullies: If you are going to bow up and talk smack learn to fight. In this video a tall, obnoxious bully pushes the wrong girl too far. The quiet nerdy girl helicopter swings the blonde bully by her hair and then pummels her with almost MMA worthy punches. Just check it out. 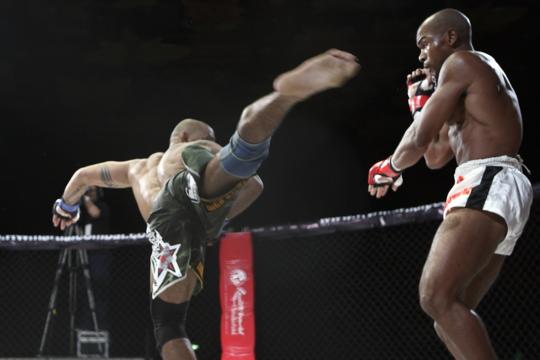 So what happens when a random guy appears and decides to pick on you? If you are the guy in this video you treat him to a nice head kick and walk away. This kid has some good form. I think Joe Silva is about to offer him a fight on the UFC card in … Read more

(PRESS RELEASE) – Jason “Mayhem” Miller has already shown the world that he’s no fan of bullies.  Now, the host of MTV’s smash-hit reality series “Bully Beatdown” has been joined by fellow STRIKEFORCE mixed martial arts (MMA) stars Scott “Hands of Steel” Smith and Daniel Cormier in a national campaign led by apparel company and cause organization Kickin’ It, Inc. to curb a perennial problem amongst adolescents and teenagers.

Founded by Kickin’ It Apparel Co. President GinaMarie Raimondo in May 2009, the “Bullying…We’re Kickin’ It” campaign aims to stop bullying amongst youth and the resulting psychological and emotional wounds often left on victims.  Raimondo’s outfit aggressively engages students, their guardians, and school faculty in useful dialogue and activities, including workshops led by the organization’s spokespeople in order to encourage positive behavior.

Did you ever get picked on by a bully? If so, then you need to get the dude on Jason “Mayhem” Miller’s new show called “Bully Beatdown” on MTV. They take a bully and match him with an MMA fighter for the chance to win $10,000. Of course, the bully won’t win…or will he? hmmmm… … Read more