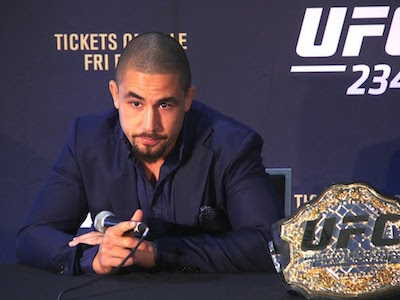 Paulo Costa remains a strong contender in the UFC’s middleweight division despite an incredibly embarrassing weight gain snafu before his fight and subsequent loss to Marvin Vettori in October of 2021. He would bounce back against Luke Rockhold in an amazing back and forth fight which saw the Brazilian’s stock rise again. With only a single bout left on his contract it would seem like a no-brainer for the UFC to re-sign him. Right?

Costa is proceeding as if he is done with the company upon completion of his contractual obligations. Why not go out with a bang? If he has his way he will – as he just called out former middleweight champion Robert Whittaker.

As you guys knows I have only 1 fight left in the UFC , so idlk to finish that fighting one of the best guys, Robert Whittaker. What’s you guys think about it? Let’s fuc go!??

Would you like to see this fight? Should the UFC try and keep Costa?