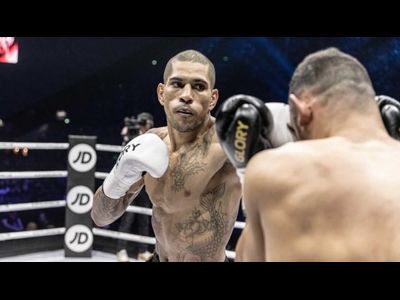 Ever since Alex Pereira knocked out Israel Adesanya in 2017 the question has always been there. Could Alex do it in an MMA cage instead of a boxing ring if they met again?

That is a distinct possibility now.

In MMA it is often the case that a loss will stay with you even if you win 100 fights. The internet will not let you forget especially if you become a champion. Israel is the current UFC middleweight champion who has defend the undisputed title five times. His lone loss in the UFC is to then light heavyweight champion Jan Blachowicz in a champ vs champ super fight. He is considered one of the best strikers in MMA and for that reason a showdown with the last person to knock him out is anticipated. Everyone likes a good old fashioned revenge story.

Alex Pereira is just 3-0 in the UFC but in his third fight he managed to finish the very dangerous Sean Strickland. Since this finish came on the same UFC 276 card that Israel Adesanya defeated Jared Cannonier the press conferences were filled with intersecting questions to both fighters. Adesanya mainly dismissed any comparisons and rightfully so since he has been in, and dominated the UFC’s middleweight division that Alex is now trying to become a contender in. Wins outside of the UFC don’t tend to matter or translate in to wins inside the Octagon for the most part but they do make for an exciting build to a rematch. Despite only fighting three times without a victory over a high ranking opponent, Strickland was #7, we might not get to see the fight for quite a while. Still, that won’t stop Alex Pereira from campaigning for one. In the UFC if it makes dollars it makes sense so who knows what the matchmakers and Dana White will do.

Alex spoke on an MMAFighting podcast recently and had this to say about Israel Adesanya’s decision victory over Jared Cannonier.

I was there, and saw the fight, and I say it didn’t impress me, It didn’t excite me nor the fans. There’s video of lines of people leaving the arena after the fourth round. People pay expensive tickets and they want to stay until the last minute to see who’s the champion and see him getting his hands raised. For people to act like that it’s because it wasn’t exciting.

Of course, he’d never give me props, but what he thinks or doesn’t think doesn’t change a thing to me. You have to ask him if he was impressed when I knocked him out. Was he not impressed? If he wasn’t, he’s sick. If he was impressed in his own fight that’s good enough to me.

Decisions in title fights tend to make for disgruntled fans and make champions the targets of criticism. A champion like Adesanya who is a striking wizard is expected to finish opponents but in his 13 UFC fights he has only finished opponents four times. Pereira has finished two of his three opponents and if he fights like he did against Strickland at UFC 276 – we can expect more.