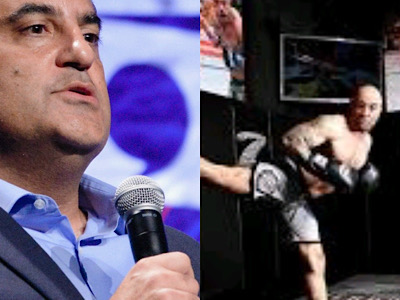 Bruh. Wrong dude to call out. Left wing sociopolitical nuisance Cenk Uygur of the Young Turk Podcast has decided he wants to get KTFO’d.

He started a Twitter war recently when he made the claim that he could beat up podcast giant and UFC commentator Joe Rogan. Ignoring the fact that Cenk looks like he’s one or two cheeseburgers from a quadruple bypass and taking in to account that Rogan is a legit martial artist – the fight would be over quickly. Rogan is a black belt under Eddie Bravo in no-gi jiu-jitsu and a black belt in gi jiu-jitsu under Jean Jacques Machado. He is well versed in striking as evidenced in various videos he has shared over the years so we can just stop right there. He said fighting Joe would be the easiest $1000 he would make. Yeah, no.

To all the loser @joerogan fans crying over my attack on his ‘freedom’ hypocrisy & stupidity, are you guys part of the crew or do you kiss his ass for fun? I thought he was a big boy who could handle himself.

Why Cenk Uygur felt the need to pop off is beyond me. He better start a fundraiser if he fought Rogan. Hospital stays are expensive.