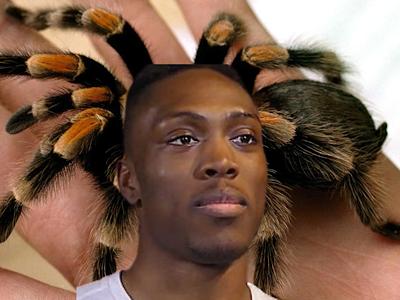 UFC lightweight Jalin Turner managed to get two of his prized possessions back after securing a victory at UFC 266. The win made it three in a row. It also helped him pay some bills along the way so he was able to reacquire some pet tarantulas he needed to sell to make ends meet.

Though he didn’t get all he gave up back, the pair of spiders he recovered was enough to make him happy and he spoke with TMZ Sports about it.

Turner was afraid of spiders and purchased a tarantula to help him get over his fear. It turned into a hobby and at one point he says he had over 200 of them as pets. It’s also his nickname. Dude loves spiders.