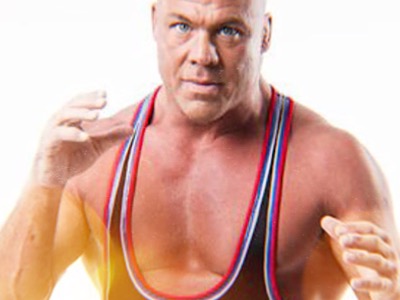 Kurt Angle has stated that he flirted with MMA in the past. Had he joined the UFC while he was still young and popular in pro wrestling it would have done big business. It never happened and the fans are stuck with just discussing the what if’s. At least we got Brock Lesnar.

Kurt revealed to Hannibal TV that one of the scraps backstage he had was with legend Eddie Guerrero (RIP). There were hints that it happened which leaked out in the past but this may be the first real confirmation we have heard.

Here is some of what Kurt said to Hannibal TV (via Ringside News).

We were in the ring and we had to get heat on him in the ring. That means beat him up. My gang of guys, that means Luther Reigns and Mark Jindrak and myself, I didn’t touch Eddie but they did. I guess they laid into him pretty hard and he came backstage, he was mad and he approached me and said, “Why did you lay into me like that? You beat the cr*p out of me.” He actually used a lot more swear words *laughs* and I said “Eddie, I didn’t touch you” and he said I did and he pushed me. I said “Don’t push me again” and I pushed him back. He tried to double-leg me and it wasn’t that hard to fight him off, me being an amateur wrestler. It was pretty easy and I put him in a chokehold and started choking him out and then Big Show broke it up, thank god, because I loved Eddie and I didn’t want to fight Eddie.

Eddie was known to be a bit of of a hothead at times so this isn’t surprising. He took his craft very seriously and it appears enough to scrap over.