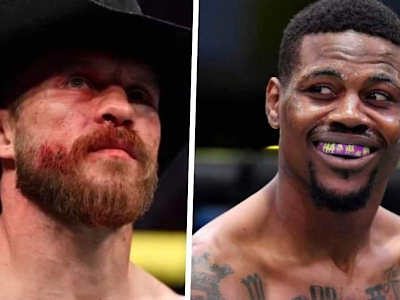 Kevin Holland is a middleweight but that doesn’t seem to faze him when it comes to volunteering to step in and fight on short notice.

The news that Diego Sanchez was out of his May 8th fight with Donald “Cowboy“ Cerrone had barely been broken when Kevin hopped on Instagram and happily offered his services.

I’ll run my ass off. I’ll sleep upstairs with my heat maxed out and a sauna suit on. You’re a legend. Nothing but respect.

Kevin fights at middleweight so offering to weigh in at a catchweight is definitely the ideal situation for him. However, since this is most likely Donald’s retirement fight he would probably prefer someone who regularly fights at 170 pounds.

Diego Sanchez is also considered a legend by some so that pairing was a solid one. Sanchez had been talking about retiring so if this fight would have gone as scheduled hopefully it would have been a memorable one and both fighters could ride off into the sunset. Like so many things in mixed martial arts it was not to be.

What do you think? Should Kevin Holland be Diego‘s replacement at UFC Vegas 26? Should Donald find a natural welterweight?