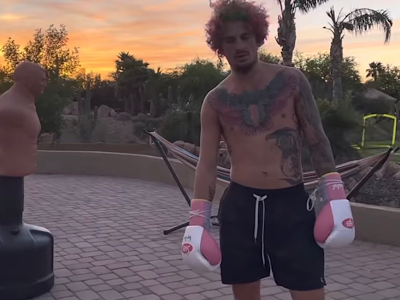 UFC bantamweight Sean O’Malley appeared to be goofing around on a rooftop with one of those Bob dummies. He was talking about the Jake Paul vs Ben Askren fight that went down last Saturday in terms of how he thought it would play out. It turns out he wasn’t that far off. The main thing he missed was that Ben didn’t look quite as good as the clowning around Sean was doing. He nailed the 1-2 combo from Paul that ended that fight right on the nose. Maybe he needs that new nickname? Oracle O’Malley?