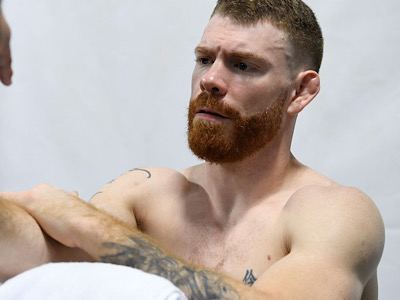 ESPN’s Brett Okamato shared some welcome news on Twitter. Popular lightweight fighter Paul Felder will be stepping out from behind the commentator desk and back in to the UFC’s Octagon.

Rafael Dos Anjos was left without an opponent for this Saturday evening’s Fight Night when Islam Makhachev was forced to withdraw. Despite Dos Anjos calling out Michael Chandler it was unclear whether or not he would have a dance partner at all. After Chandler told him essentially that he was busy with bigger things the news broke about Felder and surprised everyone including our staff.

Paul has not competed since his loss to Dan Hooker in February of this year and rumors bounced here in there about whether or not he would ever fight again. He has been performing commentary duties and from all appearances was very happy and comfortable in his new role.

Here is what Brett shared…

What do you think of Felder stepping in?