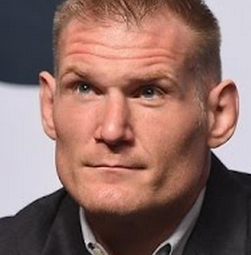 In the past 10 years Vikings have become the new Pirates in the entertainment industry. Comic book movies, television shows, streaming series, and the list goes on. One of my friends even changed his religious beliefs to Norse mythology, grew out his hair, styled it like the Vikings, and knows the language pretty well now. The point is that the Viking look is what is hot on the streets apparently.

Josh Barnett the MMA fighter used to go by the name “the baby faced assassin“. Seeing the way he looks now “Odin“ would be a much better nickname. He shared a video in which he looks like he just got off the boat ready to storm England.

Josh looks deadly serious as he throws axes down range at the target with deadly intent. I’ve always been a big Josh Barnett fan and I didn’t think he could get any cooler… Until now. Check it out.