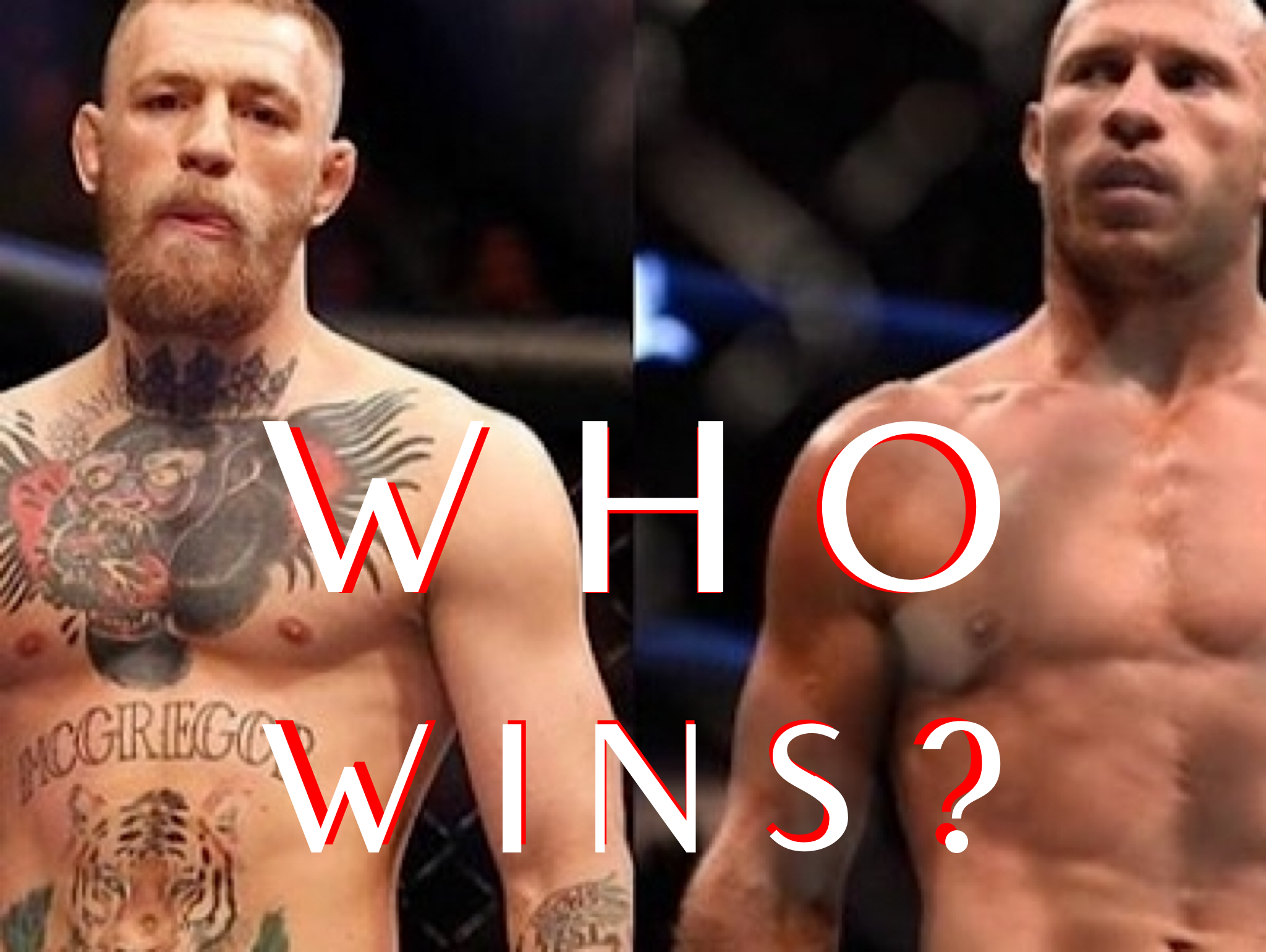 What in the blue hell are the oddsmakers thinking with their lines for Conor McGregor and Cowboy Cerrone at UFC 246?

Cerrone used to fight in the 170 pound welterweight division and McGregor is the former featherweight and lightweight champion. Conor battled Floyd Mayweather Jr with a 154 pound limit in which the Irishman weighed in at 153 pounds. This is why the entire MMA world gave a collective, “Huh?” when he said he wants to stay at 170.

Somehow the media has run with the idea that McGregor has a relatively easy night ahead. What are they thinking? Have they been around MMA for long enough to know that Cerrone is no joke. He’s got several UFC records but it’s his list of victims is pretty impressive. Yes he’s essentially a 50/50 fighter but the question is – which 50 will Conor be?

Cowboy knocked out Matt Brown who Robbie Lawler and Johny Hendricks couldn’t put away. He submitted Mike Perry in the first round and ‘Platinum‘ has an underrated ground game. Cerrone is a flipping BJJ black belt. Conor’s losses in the UFC? Submissions.

All of the hype around McGregor from his camp/coach has been that he’s the best he’s ever been, the best he’s looked, and he has been working hard on his ground game. Almost every time we’ve heard that best ever from a coach or fighter it has been for their return bouts from a decline period. Just watch the Tito Ortiz before and after interviews. “Best shape ever” before and “I was injured” after. This makes that claim from the Irishman’s camp nothing more than words until we see him in action.

The oddsmakers have Conor as an inflated favorite which makes us wonder how Cowboy fans reacted to seeing the numbers.

Here are the sports investing odds from a reliable site:

Yep you read that right. Tell me that Cowboy isn’t being just a tad disrespected. Go on I dare you. Take a gander at how we see it going down.

Cowboy has all of the tools to beat someone like McGregor, BUT his nerves will get him and Conor will KO him in the first.

Conor McGregor may have bitten off too much welterweight to chew. Cowboy is slippery, unpredictable at times, and has a head kick that can put away anyone. I think Cowboy rocks McGregor in the first and we see Conor sitting on his butt in the 2nd, bloody faced, and a victim of a head kick TKO.

OddsShark gave their pick and it was Cerrone by decision. What do you think of those odds and what is your prediction?