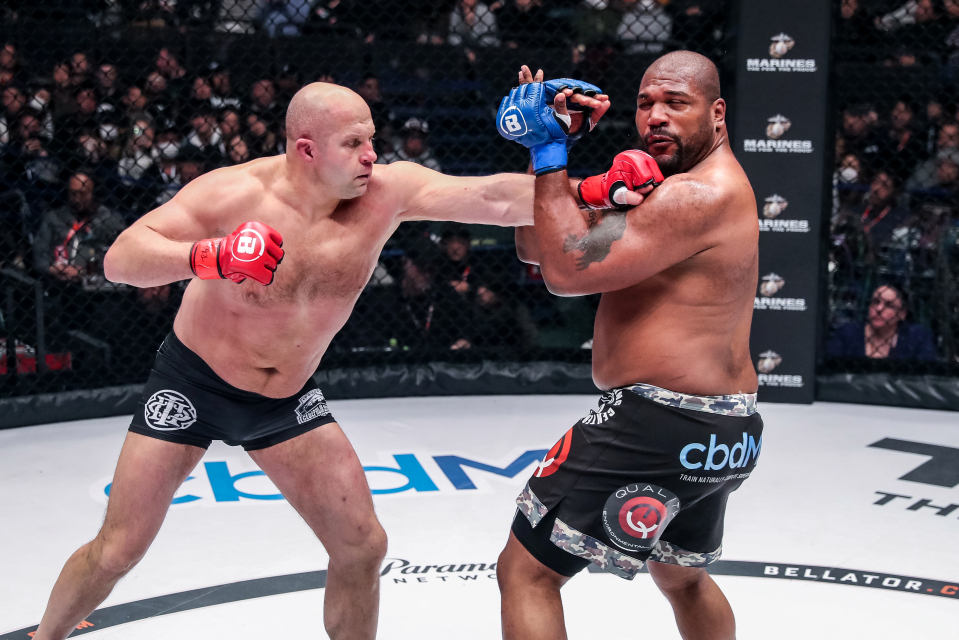 What in the living hell was someone thinking letting Quinton Rampage Jackson be that out of shape to fight consensus heavyweight GOAT, Fedor Emelianenko? Looking more like “Hampage” Jackson, he stepped in to the Bellator cage in Saitama, Japan this past weekend looking like he just ate a roast boar, and in just 2:33 he was on the canvas.

The ending of the bout looked awfully suspicious to MANY of us. Rampage took a few decent shots but went to the canvas like he just got hit by a prime Mike Tyson. He shook his head at the referee and then tapped out pro wrestling style. I don’t care what anyone says he was either too out of shape to continue, afraid he was going to get knocked out, or this was fixed. However, there is admittedly another option.

If you remember there were stories going around with quotes from Rampage about not wanting to knock out one of his idols. I could see how someone might subscribe to this theory because they both got paid pretty well for a very short fight.

No real damage appeared to be done but fans who strongly support Fedor refuse to even objectively examine it, and trust us they are lighting up the forums in defense of their hero.

Dudes and dudettes, we’re sorry but it was very suspect the way the bout ended. The only thing for sure was that Rampage was freaking huge but not in the good way. Wouldn’t you want to be in the best shape of your life taking on the GOAT?

Watch and tell us what you think.