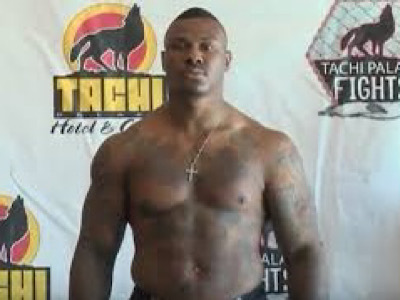 Mohammed Usman (5-1) goes to war with fellow heavyweight Reggie Cato (5-3) at TITAN FC 58 tonight. The event will take place in Fort Lauderdale and with Kamaru’s star rising, and his influence growing it is only a matter of time before he brings his brother in to the UFC. It probably doesn’t hurt that this event will air on Fight Pass at 8 PM, either.

Mohammed would be a welcome addition to the heavyweight division. Right now, the usual suspects like Lewis, Ngannou, Overeem, and a few others are basically interchanging/rotating between each other on the cards so Usman could jump in there after a tune up bout or two.

Take a look at the big man in action and get hyped!