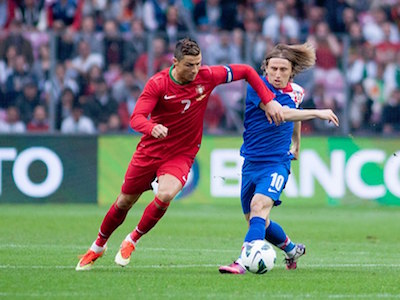 According to sports analysts, sponsorship is to athletes’, irrespective of the type of sports practised, what fuel is to cars. Sporting activities need sponsoring to succeed and make an impact. That is why many sportsmen enter into a win-win deal with renowned corporations in the world.

Interactions Between Athletes and International Brands

The meeting of sports stars with worldwide firms is unavoidable. Most of these brands want to market goods, products they manufacture as well as make their reputation international. If, say an athlete has many followers on social media, such an athlete is worth partnering with a company as soon as the sporting person is appointed to advertise the brand’s goods it is expected that all fans of the sportsman will buy and consume what the corporation offers in terms of services and products put on the market. Everywhere the athlete goes he represents the brand and makes this partner known to the world. This state of affairs clearly explains why many brands enter into partnerships to become popular and famous owing to sportsmen’s image.

The Use of Sportspeople by Brands

The first partnership we wish to present here is that of the world best footballer genius, Messi. This football icon has been working with the German firm Addidas for several years. Thanks to the name Messi made for himself in the sports world, and his increasing number of fans, Addidas has been able to design sports attire of many clubs and national teams, which it clothed for many years. In twin, the firm not only paid its partner but was also allowed to sponsor major world sports competitions. By so doing the popularity of the firm grew higher and higher. Because of the deal with Messi, Addidas could overshadow all its rivals. Another deal of this kind is the one between Ronaldo and Tag Heuer. Casinos are also entering the game of sponsorship some operators hired sportsmen to becoming their casino promoters. Every Tom, Dick and Harry knows that Christiano Ronaldo is the most followed player on social media. The use of his image and name on these platforms to advertise his partner’s goods, services and know how simply puts the brands on top of the world. According to Repucom the five-time posting of Ronaldo on Facebook increased the income of the firm by thousands of dollars and added value to the brand’s name. In exchange for this, Ronaldo receives financial recognition from Tag Hewer. Puma and Usain Bolt are also on good working terms. Puma is the chief sponsor of the world best track star. According to information fetched from a reliable source, Bolt failed to compete in 2014 due to injuries sustained previously. Owing to the assistance of his partner Puma, the athlete kept being on top of his sporting field. To crown it all, the brand appointed Bolt ambassador and sale representative of its products in the world.

Why Brands End Contracts with Some Sportspeople

The image, the talents and the good name of the athlete attract brands to talented individual stars. In as much as the athlete is blameless, no complaint comes from the brands understandably so because the sportsperson in question represents the sponsoring firm in the whole world. Anything the sports star does badly affect and tarnishes the fame of the brand. When the athlete starts committing bad things or is in the middle of a scandal, the brand is forced to drop the sports star. One of the sportsmen having experienced this is no other than Despite his brilliant career, Mike Tyson found himself in the midst of controversies which led to his confinement. The heavyweight champion was accused of raping an 18-year-old girl in 1992. Without any further notice, Pepsi put a stop to its deal with the convicted boxer.