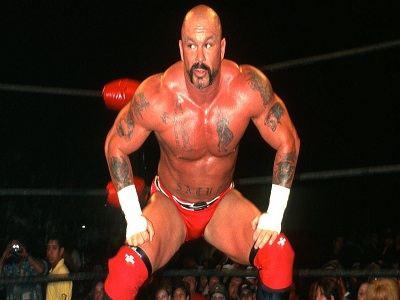 One of my favorite WCW wrestlers who made the jump to WWE was Perry Saturn. Up until he angered Vince McMahon – by legit attacking his jobber opponent during a match – he was portrayed as a bad ass. He won the WWF European Championship and the Hardcore title twice in his run with the company. Vince holds grudges though and for the rest of his run Perry was often seen in women’s clothing, speaking and acting nonsensically, and carrying around a mop he might have had a sexual relationship with. Sheesh.

Since then he has battled addictions and was even homeless at one point. Listen to an almost unrecognizable Perry Saturn discuss his demons and recovery.