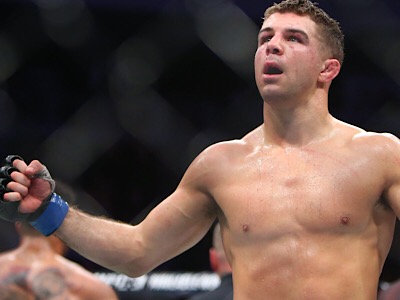 Iaquinta has come the closest to pushing the Russian to the limit. This prompted Joe Rogan to say that Nurmagomedov had some weaknesses exposed and The Eagle’s fans went mental. Al had arrived.

This Saturday he gets a shot at beating the UFC total wins record holder when he faces off against Cowboy Cerrone. Cowboy is a crafty veteran who is no stranger to eating big shots and somehow recovering enough to get his hand raised. Al is going to have to stay focused and keep on landing those shots until Cerrone stays down for good.

Check out the UFC’s video focusing on the power of Iaquinta and get hype for Saturday.