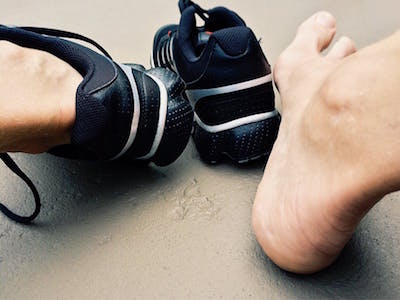 Athletes are constantly pushed to their absolute limits to get that competitive edge, and this effect is particularly pronounced in the high-pressure world of MMA. As a result, bodies often suffer during rest periods; for instance, Reuters note that athletes often have to work doubly as hard to avoid common illnesses such as flu. For athletes, a few key concerns crop up time and time again, and are worth keeping an eye on to avoid.

Fungi can be very useful in athletics. As biotechnology experts, Bio-Technical Resources, have outlined, fungi has practical applications, both in industry and in health. For instance, penicillin, one of the most important antibiotics, is a result of fungal growth. Furthermore, many athletes may be familiar with rosuvastatin, used to reduce cholestrol levels, which can improve performance. However, fungi does have a downside that leads to one of the most common problems – athlete’s foot. Given its name, its little surprise that athlete’s foot is dominant in athletes. A fungal infection, it comes as a result of excessive sweet, bandaging or humidity around the feet – something that will be a frequent feature of an athlete’s life, as University of Michigan health services note. Unfortunately, it’s not completely avoidable, especially in shared locker rooms where the best hygiene can be impacted by another person’s laziness.

Asthma has long been a barrier to sporting success, but it’s less well known that athletes can develop asthma when they were previously unaffected. As a result, research has shown that asthma is the most common respiratory condition in athletes, according to Human Kinetics Blog. Asthma can be life threatening, and should be dealt with appropriately; most common courses of drugs will provide the level of relief needed. However, athletes should be wary of false positives. Some asthma medication has been seen to flag up doping allegations, as noted in the controversy surrounding British cycling star, Bradley Wiggins.

Athletes often are challenged by mental illness, especially in environments where they are being pushed to the limit. This is true of the often ultra-macho world of MMA, where feelings are pushed aside. At all levels, bravado and chest-thumping comes with the territory, and the very peak of the sport often resembles a soap opera more than a fighting sport. In such environments, mental health often falls by the wayside.

Research has shown that mental health diagnoses are rife in MMA, and some stars have come out publicly to discuss their issues. Ronda Rousey, most notably, discussed her suicidal thoughts and the impact of the media attention following that. Fighters should look to have confidants that they can rely on in times of need. Mental health advocates, The Calm Zone, recommend focusing on the self-discipline and regimentation of the sport, and how that stoicism can benefit your mental health. Engage in trash talking and bravado as is required, but make every attempt to keep that compartmentalized – look after your own mental health.

Athletes suffer from the same ailments over and over again. Keeping them in check is a matter of building awareness and knowing how to tackle them. Doing so will help to preserve your performance levels without endangering long-term health.