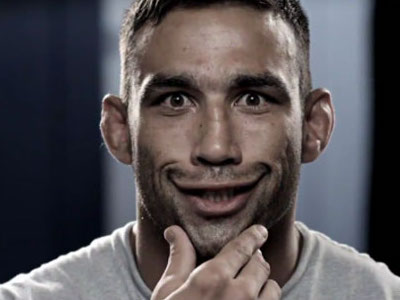 Former heavyweight champion Fabricio Werdum shocked the world when he became the first man to submit Fedor Emelianenko. Now he’s shocking his fans if what his manager Ali Abdelaziz said to MMAFighting comes to pass.

I think Fabricio’s done. You’ll never see him in the UFC again. They need to do what they need to do, but at the end of the day, Fabricio has to do whatever he needs to do for his family. After his suspension ends and he comes back, he’ll be 43. What is he going to do? If they open a senior league, we’ll wait. I think Fabricio will be fighting in Russia, to be honest with you. I need the UFC’s blessing for this. I want their blessing.

After going 3-3 with two of his losses coming by way of knockout, and being over 40 we don’t blame him. Though, it is hard for someone who has been to the mountaintop to step away and if you don’t believe us just ask Chuck Liddell.

Let’s hope that if Fabricio does retire he enjoys it sitting on the front porch looking up at the blue skies and not laying on the mat counting the lights.