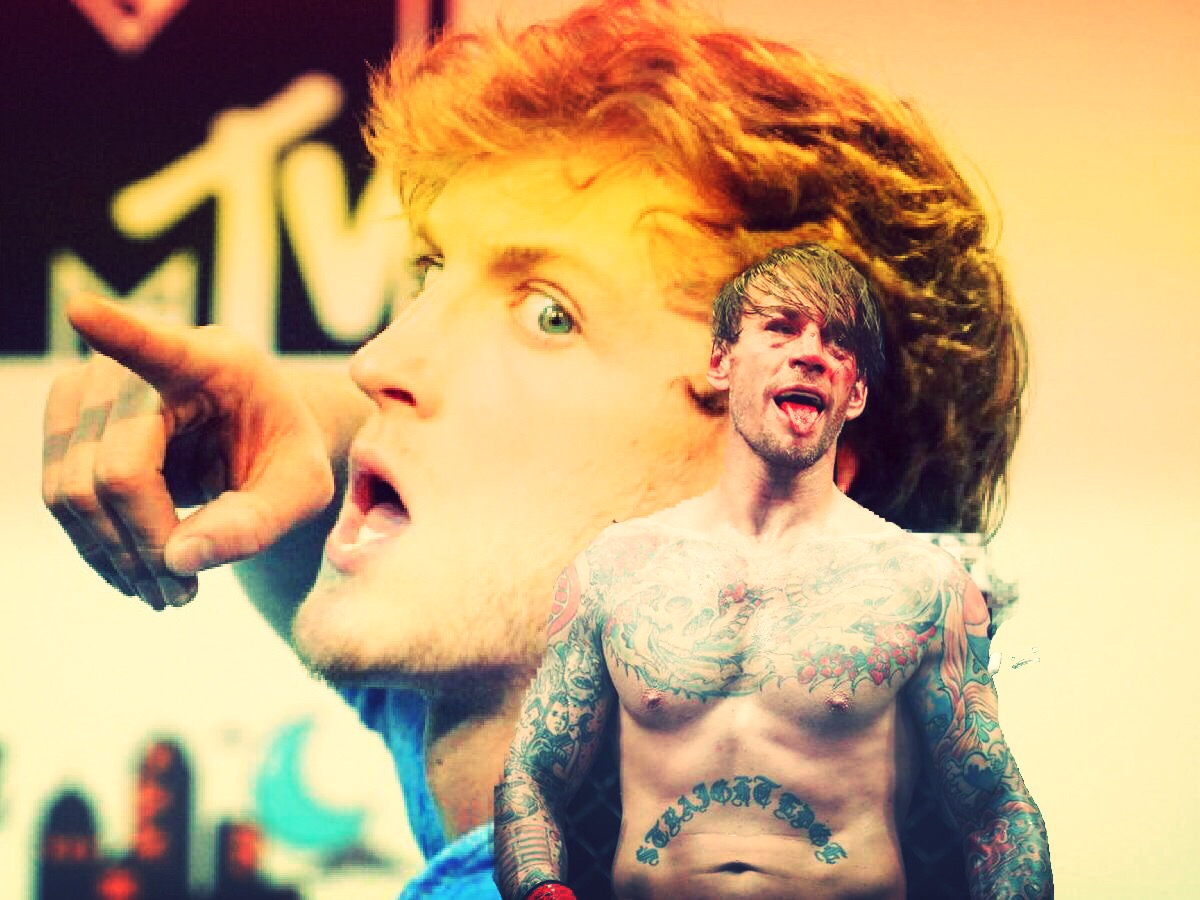 Rumors surfaced recently that UFC washout and former WWE star CM Punk was in talks to fight Youtube famous guy Logan Paul. I will admit I don’t know how to phrase ‘famous for being a douche’ so ‘Youtube famous guy’ will have to suffice. Logan Paul was popular but it wasn’t until he visited the Japanese forest Aokigahara that he gained notoriety. It is a place famous for the number of suicides so much so that it is called ‘suicide forest’. When Paul and his crew came across a deceased man who had hanged himself – you know what, just Google it. It was insensitive and unforgivable. We’ll wait. Look it up and come back here when you’re done.

If you Googled it I bet you are hoping Punk does fight him. We are.

To the topic at hand… Youtube famous guy stepped in to a boxing ring with another Youtube famous guy and they awkwardly traded leather to a draw. Since then there have been rumors that he would enter the UFC or Bellator but both organizations continue to stand by their stance that they have no idea who Logan Paul is.

Phil Brooks the man who plays the CM Punk persona heard the scuttlebutt about a potential fight and he spoke with MMAFighting about it. He seems just as surprised as we were.

I’m not fighting Logan Paul. I think this is one of the avenues where people will be like, ‘I don’t even know who Logan Paul is.’ Logan Paul is apparently a popular guy, but it’s not in any kind of avenue that I drive my car on. The only thing I know about him is he’s the guy who filmed the dead body in the Japanese suicide forest, which is don’t get me started on that, because I’ll say a bunch of stuff and then I’m sure somebody will make a YouTube video about it.

My entire life, before I ever got into MMA, for some reason I’m like this magnet. I don’t know what the deal is. Maybe it’s because, like Ben Askren, I just live unapologetically, I’m like honest to a fault and I’m just myself and I don’t really care. When you fight somebody, when you enter into a fight camp, you have to spend a lot of time thinking about that person. Maybe some guys don’t, maybe some guys focus on themselves. But you still have this person in front of you. And I’m not into sharing that much of my time and my headspace and my life with somebody that did something that I feel is so reprehensibly disrespectful to the people of Japan, who I love. They’ll always have a special place in my heart. So, no. I’m not fighting him. I have no interest to.

There you go. No CM Punk and Logan Paul fight after all.