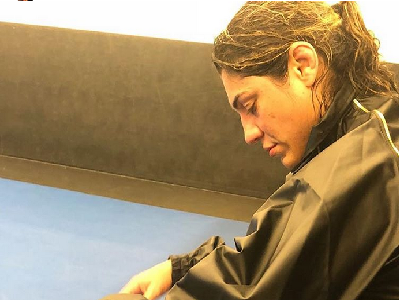 Bethe Correia withdrew from UFC 227 and it was immediately obvious how frustrated and disappointed she was about it. She has always been a game competitor and despite her quick loss to Ronda Rousey in a failed attempt to claim the bantamweight championship she remains a strong opponent for any challenger. She took to Instagram and went in to depth on why and the effect her removal has had on her mentally. 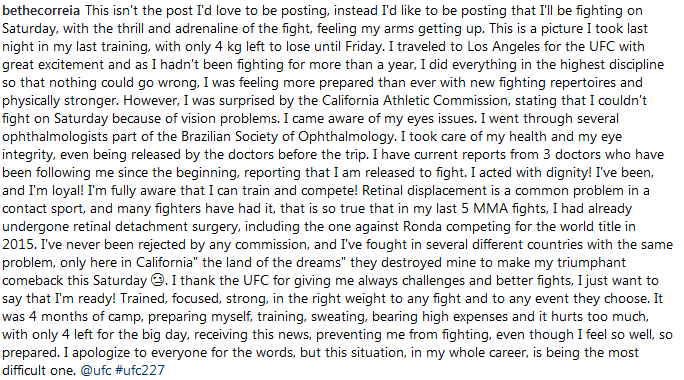 She was supposed to fight Irene Aldana in California at UFC 227 this Saturday until the unfortunate removal from the event. We wish her a speedy recovery.