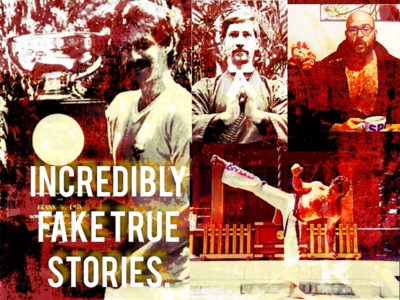 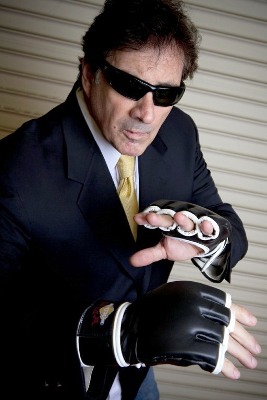 Don’t worry. I’m working on the full Incredibly Fake True Story of Frank Dux now. That’s not what this article is about. This is going to show how “ninja” Frank Dux who had a movie made about his incredibly fake true kumite fighting claims lied. You may have heard of the film that spread his BS through the silver screen. It’s called Bloodsport.

Quick Dux martial arts background to frame this for you.

Dux lied claims he was introduced to the ultra deadly Koga Yamabushi Ninjutsu style by Bondish villain sounding Senzo “Tanaka”. He later created his own style called Dux Ryu Ninjitsu because his master’s must have secretly sucked. Dux Ryu turns you in to a human blender with the settings being puree, liquify, and the ninja skill of human particle implosion. This “Dux Ryu” is considered a farce by other ninja clans because it is legitimately not a koryu, an old school ninja style. It is “based on its Koga Ninja root principles of adaptability and consistent change”. That’s taken straight off of his Wikipedia. The place his dwindling fans constantly try to insert his unsubstantiated claims as fact. His once gigantic page filled with all of his “accomplishments” has now shrunk to a few paragraphs of verifiable info like his name and the style he made up.

Damn, let’s get back on track.

Here’s what he claims at the end of Bloodsport.

He once claimed he beat 56 spin kicking, kung fu dancing, muay thai leg breaking, karate waxers in one tournament. He claims to have beaten ten men in the morning and ten later the same day during said tournaments. This includes the one with 56 KNOCKOUTS IN A ROW. At the end of the long days he claims the losers had to go home meaning it was single elimination and that’s important to the math later. This is ridiculous and the boast of knocking out 56 men in a row means he didn’t have the sense at the time to lie realistically.

Dux says he fought for the official to the death kumite organization called the IFAA. They evaporated magically before the internet could find anything related to them – until Dux and his lackeys posted it. He claims the IFAA disbanded and are now affiliated with…wait for it….wait for it…The freaking BLACK DRAGON SOCIETY. See Count Dante image below. 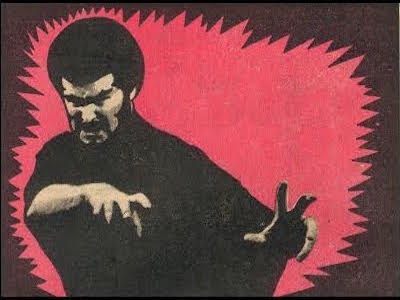 Every article I write about fake true stories ends up being related somehow to the Black Dragon society. There seems to be a pattern here.

In order for Frank Dux to knockout 56 men in a row in one tournament to win, the number of people in the tournament will have had to be almost infinity. Every time you want to add a round to a bracket you have to double the number of competitors. 64 competitors would fight 6 rounds and 128 would have to fight 7 rounds to come out on top. And so on, and so on, and Dux is a liar, and so on…

ThePinkman channel on Youtube figured the math out for us. Just to recap Frankie Baby’s claims before I post the number. He fought 56 men in a row and knocked them all out to win the tournament before purchasing a trophy for himself. I mean, er, received a trophy the size of a local karate tournament for such feats of awesomeness. So, if he fought and defeated 56 men himself this would mean that the following number is FACT if he sticks by his fairy tale.

The actual number of competitors in that single elimination fictional kumite is:

None of the other competitors have dared to appear out of shame since Bloodsport was first released or are all dead via Dux’s deadly KO power. With 74 quadrillion fighters on the roster it should definitely still be going on today. Don’t you think Dux would be the most discussed international fighter in history? Don’t you think he made enough friends throughout the five years he claimed to have fought who would back this up or tell the same story instead of watered down stories. Their stories that Dux sparred in regular karate tournaments like everyone else, if he did spar at all?

Finally, in 2012 Sheldon Lettich who was the co-writer of the film Bloodsport dismissed his claims and the others that Dux had made as being 100% untrue.