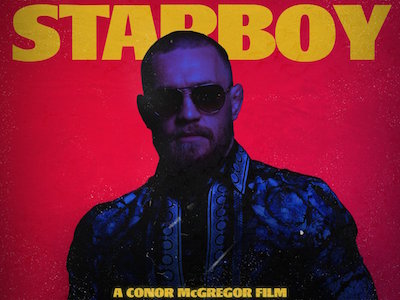 Watch Conor McGregor’s rise to become the UFC’s first-ever two-division champion in this new film entitled ‘Starboy’ from Hizzer Edits. The film picks up during Conor’s rematch against Nate Diaz and culminates with him capturing the lightweight title against Eddie Alvarez just three months later. The editing and production for ‘Starboy’ is excellent and will certainly go down as a classic among McGregor fans worldwide. The Irishman will continue his impossible journey on Aug. 26 when he makes his pro boxing debut against unbeaten legend Floyd Mayweather Jr. Be sure to watch Conor’s movie ‘I Am The Future’ also as it is the prequel to ‘Starboy’.