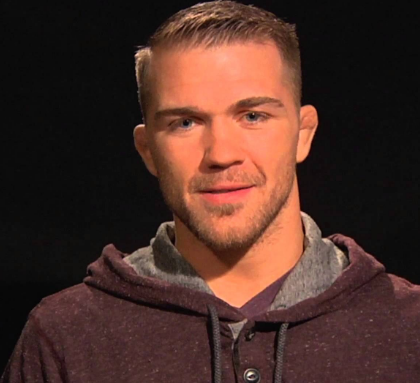 On Dec. 30, 2016, we saw Team Alpha Male’s Cody Garbrandt (11-0) put on an amazing performance against bantamweight champ Dominick Cruz (22-2) to take his title at UFC 207. It was an epic changing of the guards as Garbrandt battered the normally evasive Cruz over five rounds, dropping him multiple times to win the unanimous decision with scores of 48-46, 48-47, 48-46 on the judges’ scorecards.

With nine of Garbrandt’s 11 career wins coming by way of knockout he poses a serious threat to any up-and-coming title challenger and has stopped the likes of Marcus Brimage, Augusto Mendes, Thomas Almeida and Takeya Mizugaki inside the octagon.

There is, however, at least one name in the division who thinks Garbrandt is a perfect style matchup for him, and that is “Kid Lightning” Bryan Caraway (21-7). With over a decade of professional fight experience under his belt and an incredible 17 of his 21 wins coming by way of submission, the No. 6 ranked Caraway can never be overlooked.

ProMMAnow.com recently interviewed Bryan on location at a seminar he was giving in Mumbai, India, and he shared his thoughts on the fight between Cruz and Garbrandt, and why he feels Garbrandt’s fighting style plays right into his game:

“It was a great performance by Cody Garbrandt. He’s a young kid, very talented, I feel stylistically he had a great match, great style to beat Dominick Cruz. He is a great power puncher, great counter-striker. He was everything he needed to be able to beat Dominick Cruz. I believe styles make fights, and I believe that Cody Garbrandt has a great style for me to beat. He’s not afraid to fight, he stands in the pocket, he is heavy handed and he’s not afraid to stand there and fight. He doesn’t run away and I like fights like that. I like fights where guys will stand and fight me. I am a big fan of Dominick Cruz, I love his style but I think the better fight for me is Cody Garbrandt. So I think it bids better for me that Garbrandt won the title. Congratulations to him, great performance and I can’t wait to fight him and take his belt from him.”

Garbrandt and Caraway have had words in the past with each calling one another out on separate occasions. Caraway explained the timing wasn’t right for him in the past because Garbrandt was ranked lower than him and he was aiming for that title shot. But now that Garbrandt holds the belt, let’s get’r done.

Caraway is currently riding back-to-back wins over Aljamain Sterling and Eddie Wineland. And although he’s presently dealing with some injuries, “Kid Lighting” expects to be back in the octagon before the year ends. Will Garbrandt still be holding the title then? That’s uncertain, but what seems highly likely is that this classic striker vs. grappler matchup is going to happen sooner or later.