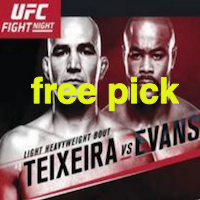 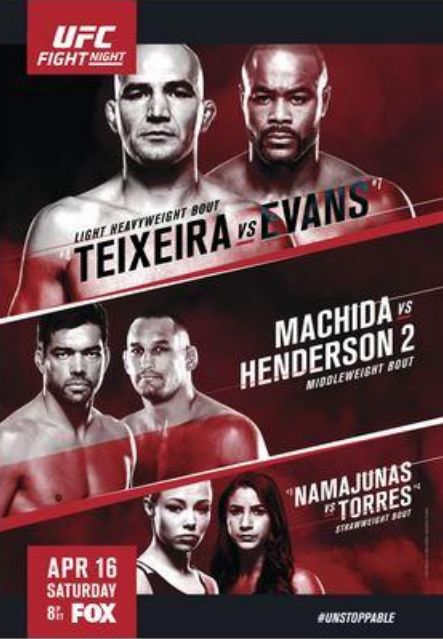 UFC on FOX 19 takes place this weekend in Tampa, Fla. Light heavyweight veterans Glover Teixeira and Rashad Evans square off in the main event, while legends Dan Henderson and Lyoto Machida will settle business in the middleweight co-headliner.

Top lightweights Tony Ferguson and Khabib Nurmagomedov were slated for the main card but Ferguson was forced to withdraw due to a lung issue last week. Newcomer Darrell Horcher is set to fill in against Khabib but oddsmakers haven’t put up odds on that fight or some of the prelim bouts.

Here’s what we got for the UFC on FOX 19: Evans vs. Teixeira betting odds (5dimes):

Notes: Rashad lost a decision to Ryan Bader last October. It was Rashad’s first fight in two years. This fight will give us a better glimpse if the 36-year-old TUF 2 winner still has something left in the tank and if fighting is something he still wants to do or if he’s on his way out. Henderson and Machida both suffered KO losses in their last outings. Hendo can always land the H-Bomb but it’s going to be hard for him to catch the elusive Dragon.

Free Pick: Apparently oddsmakers seem to think Rose Namajunas’s submission game has improved enough that she might actually submit Tecia Torres in their scheduled strawweight rematch. The two first tangled back in Invicta in 2013 and Torres took the unanimous decision. Tecia has won four straight since then, all decisions, while Rose has gone 2-1, with both wins coming via submission. In fact all four of Rose’s wins have been by submission — and all seven of Tecia’s wins have been by unanimous decision. Tecia is extremely strong and powerful and remains unbeaten at 7-0 and she might just have what it takes to grind out another win over Rose.