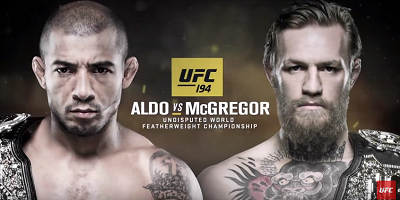 The UFC 194 PPV event featuring UFC featherweight champion Jose Aldo taking on arch nemesis Conor McGregor is set to take place on Saturday, December 12, at the MGM Grande Garden Arena in Las Vegas. It’s one of the most anticipated events in quite some time with UFC middleweight champion Chris Weidman looking to defend his title against former Strikeforce middleweight champion Luke Rockhold.