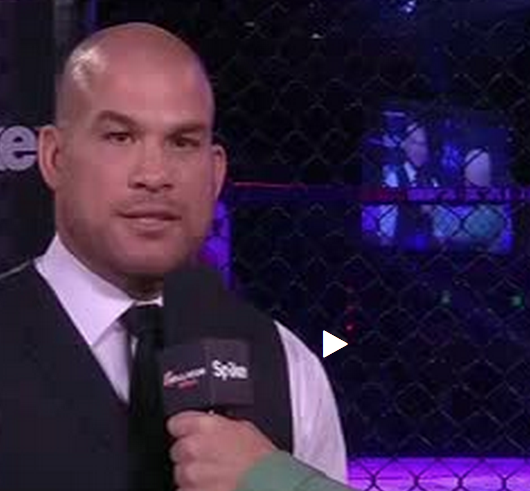 MMA legend Tito Ortiz is scheduled to face Liam McGeary for the Bellator Light Heavyweight Championship at Bellator MMA & Glory: Dynamite 1 on Sept. 19 in San Jose, Calif. During Spike TV’s broadcast of Bellator 141 Friday night, Tito responded to McGeary saying he was going to shut Tito up and it was pretty funny. Not sure if Tito is out of practice with his smack talk or fired his creative team but it was not good.

“Well um… I guess I’m not the one talking shit, uh… Thank you Liam, thank you for giving me this opportunity. And on September 19th when we get in this cage, yes it is going to be locked behind us and I hope you’re ready for some damage because Tito Ortiz is going to br–wr havoc.”

Tito is a UFC Hall of Famer and holds an important place in MMA history. That said. This is a funny attempt at manufactured hype and smack talk. Flubbing the last line didn’t help either but take a look in the clip below and you’ll see what we’re talking about.