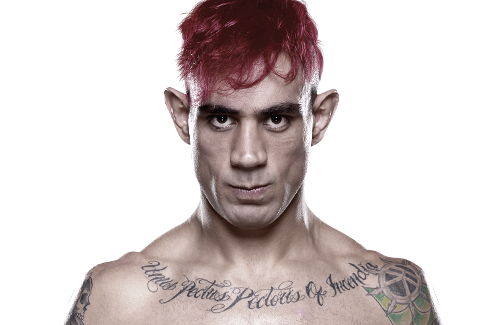 Augusto Montano (15-2 MMA, 1-1 UFC) has officially been suspended for a full year by the UFC following a failed drug test for UFC 188. He tested positive for exogenous origin of testosterone metabolites. The UFC issued an official statement on the matter.

The UFC has a strict, consistent policy against the use of any illegal and/or performance enhancing drugs, stimulants or masking agents by our athletes. As a result of the positive test, Montano has accepted a one-year suspension, effective from the date of the bout, for violating the UFC Fighter Conduct Policy and Promotional Agreement with Zuffa, LLC.

Montano is the second fighter to be suspended from that event. Gilbert Melendez also tested positive for testosterone metabolites and was suspended for a year.