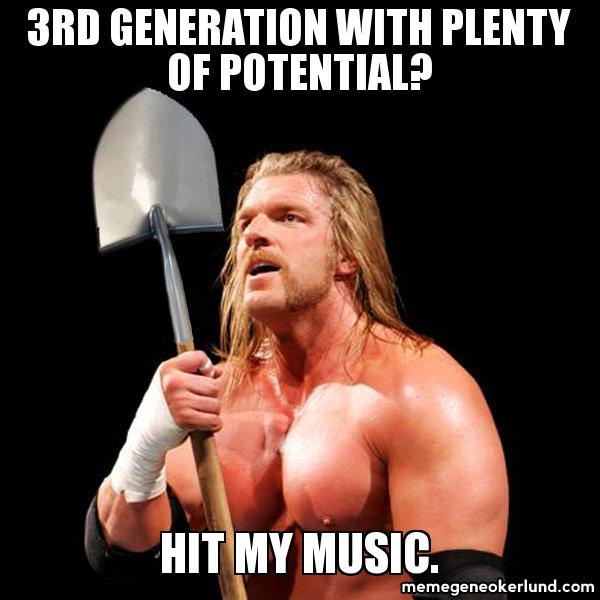 THESE ARE RUMORS…and some opinions.

According to the Wrestling Observer newsletter HHH’s ego is at it again.

Instead of the WWE champion main eventing the Wrestlemania 32 card it’s going to be one of these combinations of HHH based matches.

It’s no secret me and a million other fans are sick of seeing HHH bury promising talent, and sick of seeing him inflate his legacy. His win over Sting was a joke and spoiled any hope of Sting’s legacy being preserved. He reportedly was all for Vince’s idea to verbally destroy Sting’s and WCW’s credibility.

Reportedly, he truly believes he was as big a name as The Rock and Steve Austin…..just…no.

He was a co-main event player that main evented when a solid star was his opponent. He was a member of DX…. led by Shawn Michaels.

To most, HHH is perceived as using his position to cement himself in WWE history as one of the greatest PPV and event draws of all time.

Real main event probably. HHH vs HHH’s ego. Even odds on this one.