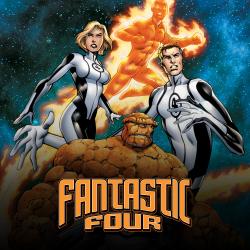 PMN Review time folks. Let’s get it on!

So we got the new Fantastic 4 trailer and it is polarizing to say the least. Die hard fans say it is too far from its core material and people who have never read the comic asked if this was Chronicle 2. Here’s what we have to say and you may find it more polarizing than the trailer itself.

Let’s start with the look and feel. It’s dark, darker than Avengers 2 looks to be. Chronicle was the same gritty, edgy and dark knife that sliced through digital screens everywhere and it was a nice take on where super powers come from. The story was about what every superhero movie is about, “what do we do with these powers”. With great power comes great responsibility type stuff. It has to feel like there is a darker side to getting super hero level powers out of nowhere than when Iron Man first donned his suit. It makes us feel like there is actually a question – will they or won’t they be heroes? Maybe I am off base, but it sure looks like that is what they are going for, especially Doom. We’ll touch on that later.

The first Fantastic 4 was so clean it was bad if that makes sense. It was a rom com that featured a plot full of monkey piss put to paper and the worst latex type Thing suit seen since the Roger Corman version was released.

This trailer only gives us a glimpse of The Thing, but the “It’s clobbering time” made famous by The Thing is probably going to be an uttered subtlety to acknowledge it, but not come across as corny. This Fantastic 4 movie has to appeal to a new generation and it actually has established movies to square off against that have already set the bar very high. The concern is that this movie has so much negativity surrounding it already thanks to the terrible movies featuring Jessica Alba starred in that they have had to change the story to fit the dark imagery you see in the trailer. Whew, that a long sentence to ramble off there. A stark contrast to its atrocious predecessors.

This movie is made by the guy who directed the movie Chronicle. That story was about guys who came across something that gave them super powers. This movie is also about guys who came across something that gives them super powers. They may end up with the same film just framed differently. Granted, I loved Chronicle and I will probably see this film, too. It is eerily similar in terms of premise, look, and probably dialogue. Chronicle was almost a found footage film and you can bet this film will have some realistic home videos inserted in it.

The special effects look passable as real, but the question has always been how do you make Thing, Doom, and the powers of Mr. Fantastic come across in a way that is not eye rolling. This movie has doubters already when Dr. Doom was described as an “anti-social programmer”. Doom was one of the biggest villains of the Marvel universe and he is now a kid hacker. That is a lot to combat.

This film will be measured against Avengers 2: Age of Ultron which opens in May of this year. Will it stand up? I doubt it, but I have been wrong before about films.

What do you think? Did they go in the right direction or not?