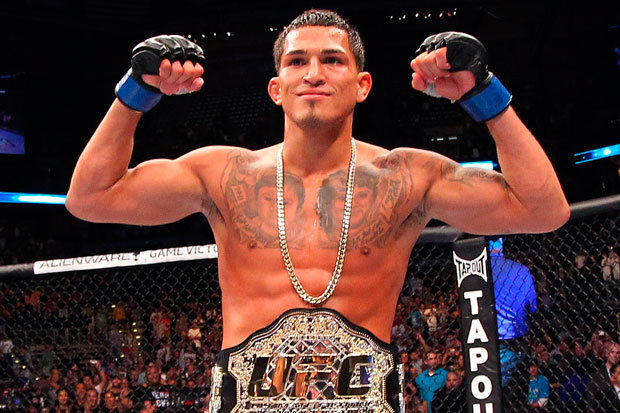 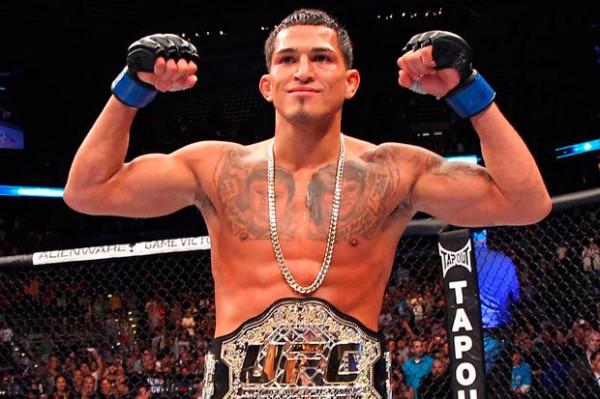 It has been a long 15 months since we’ve seen Anthony Pettis. In that time Gilbert Melendez almost jumped ship to Bellator. What a difference a year makes. The two got to know each other on The Ultimate Fighter Season 20 as coaches and tonight they met with the title on the line.

The first round was close with Melendez controlling the action but Pettis sneaking in some good shots. Gilbert was able to push Pettis up against the cage and get off some good shots but Pettis would get the better of the exchanges in open space. Between rounds coach Duke Roufus said the champ needed to be more offensive.

It was hard for Pettis to get offensive in the second round. Melendez kept pushing the pace and keeping things at closed quarters. An exchange on the ground Pettis was able to lock in a guillotine that forced Melendez to tap out for the first time in his career.

Pettis makes his first title defense and solidifies that he is one of the top fighters in the sport.  Main event is on deck but before it happens get caught up on the entire event by clicking right here.