Actor Mickey Rourke is a bonafide movie star and it’s also not a secret he’s an MMA fan. At one point in his career Rourke was a boxer and even competed after becoming a movie mainstay. This time his training passion is MMA and he looks great doing it. 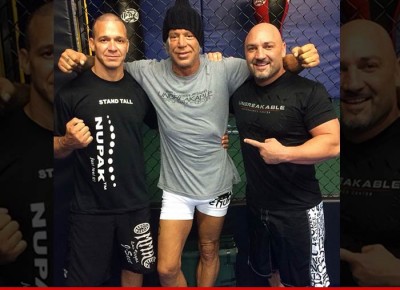 The 62 year old actor took to the cage with Jay Glazer in an LA gym Rourke co-owns with retired football star Brian Urlacher. Glazer told TMZ that Rourke was “training his ass off”, but at 62 it would be impossible to realistically believe he could compete. However, imagine a match with a now old man Randy Couture at a charity event and how much money would be raised just to see it. Rourke looks great at 62 and doesn’t show signs of stopping anytime soon.