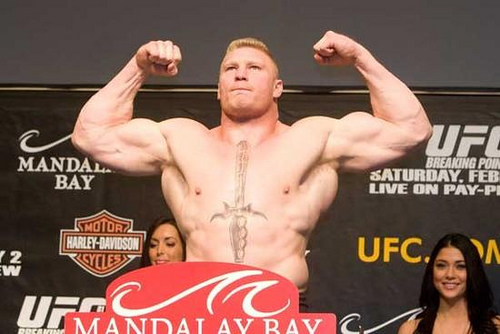 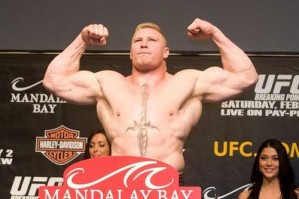 Professional wrestling legendary commentator Jim Ross believes that former UFC heavyweight champion could return to the Octagon as early as 2015 when his WWE contract is completed. He spoke on the subject with FoxSports.com:

“I see no reason he couldn’t have the potential to return to the UFC and sell pay-per-views.”

“I could identify with that diverticulitis and diverticulosis. It’s not something you heal from very quickly. Your body has to make major adjustments.

“It looks to me like he’s gotten back on track. He looks phenomenal strength-wise. He’s just scary looking. He’s more scary looking than he was before he left [WWE the first time].”

Ross is correct in that Lesnar seemed to never fully recover from his bout with diverticulitis. He seemed to lack the explosiveness and strength that he had when he first came over to MMA. However, Lesnar is no spring chicken and will be 38 years old on his next birthday. It’s likely his return would boost PPV numbers somewhat, especially if he’s given some winnable fights early on. However, it’s doubtful that he could re-gain the UFC heavyweight title as long as Cain Velasquez or Junior dos Santos are around.

I know the division is thin and with the right matchups anything is possible, but could Lesnar be a top five heavyweight if he returned to MMA?