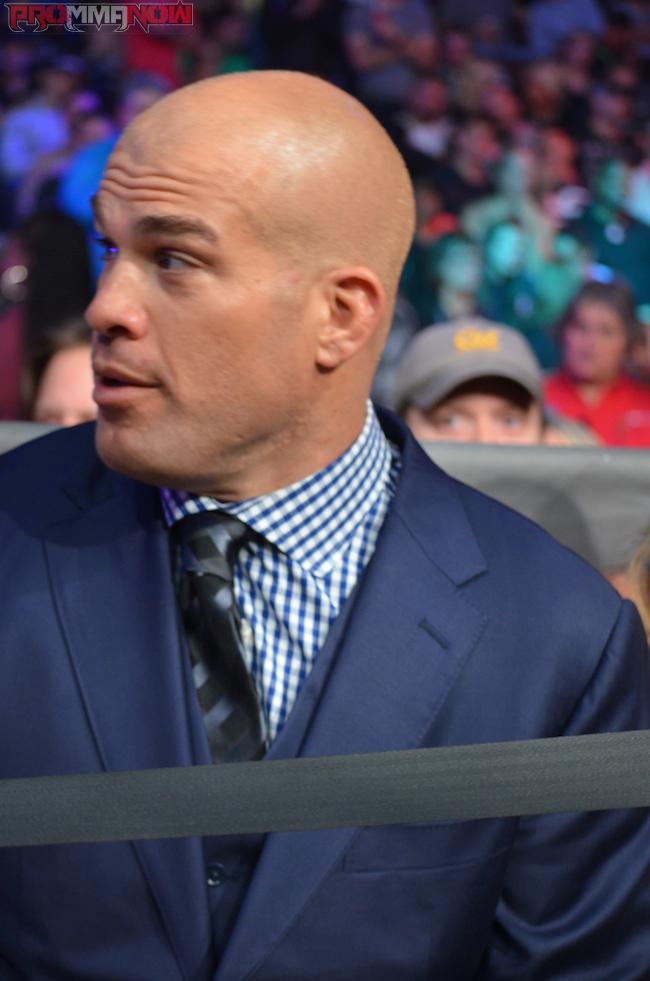 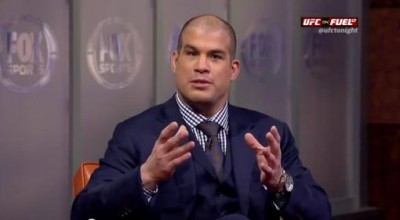 Whenever Tito Ortiz gets on the microphone bad things happen. In honor of his upcoming fight with Stephan Bonnar here are some lowlights of Tito attempting to conduct post fight interviews. Trust me when I say this, if you can watch this without cringing you are A) Laughing too hard, B) Watched 30 seconds before switching to another video, or C) You are Tito Ortiz.

Before we get to the video let’s take a look at some of the T-bonics, like Ebonics, but far worse in terms of butchering English as a form of communication. I would put Tito’s speaking in the same category as “Lionheart” Scott Blevins’s fighting career – abysmal. T-bonics, well here we go…. Thanks to the Sherdog forums for transcribing these.

Montage video is below these quotes.
Sobral/Sokoudjou

“Here we are with Seraldo Babalu, you did an awesome job, saw why you’re a black belt in jiu-jitsu, getting an awesome submission there, I want to tell me what you see, let’s go ahead and see by the fight, what you saw, in the ring.”

“You showed the dominance by getting the takedown and looking for a choke in that position. We know the weakness that you had, but you actually showed the heart and determination of a champion of how tough of a light heavyweight you really are, here in the Affliction card. What do you think of the future of you, um, future opponents?”

“Yes, and uh, my back will be better in about three months, so I know all the fans would love to see me and you get it on. You know what, you’re an awesome fighter, congratulations tonight. Everybody lets give a hand to Renato Babalu, one of the greatest light heavyweights, of the night.”

“Well, Belfort, we saw you with an astonishing left hand, that’s the left hand that I used to see you knock people out time and time again, we’re gonna go ahead and go over it. Walk me through it, show me exactly what you seen with this.”

“Well, like I said, you show your hand-speed time and time again Vitor, 185 pounds, lady and gentlemen, let’s give Vitor Belfort a round of applause, an awesome 105 pounder, you just beat the number two guy in the world, buddy, you’re on top of the world tonight!”

“Wow! That’s all I got to say. Vitor at 185 pounds. I don’t know. I see him beating the, uh, what was it, Anderson Silva. I see him picking him apart because you have two great boxers, and, man, that was amazing. That was the old Vitor Belfort that we all want to see. Him at 131 years old. He’s back for vengeance.”

“Well, alright, we’re gonna go ahead show some some action from around one right here. I want you to walk me through and how do you feel as you went through this stuff?”

“Well you should have your head high tonight, you did an awesome job, entertained every one of these fans. You did a great job, I’m proud of you buddy. Keep it up, let’s see the winner tonight, you’ll be next in line.”

“Well, you showed what type of champion you really are. Everybody lets give a hand to Josh Barnett, the baby-faced assassin, continuing his win career. Good job Josh! We’ll go back to you Sean.”

“I’m gonna have my interpreter here for Fedor Emelianenko. Everybody had questions on what type of heavyweight you were. You’ve showed it once on Tim Sylvia in 38 seconds. You’ve done it again against Andrei Arlovski in 3 minutes and 34 seconds. Let me tell you how you feelin right now.”

“Well there’s always been question from other promotions saying that you weren’t the best heavyweight in the world. Well, tonight, buddy, you’ve answered those questions. You tooken out two of the former UFC heavyweight champions and you are the best heavyweight… in my eyes and I believe every one of these guys’ eyes around the world… of tonight…”

“Well, we got to see, actually, Josh Barnett in the last fight, win in a decision. It looks like you two are going to be heading off and another chance for you to defend your heavyweight title. What do you think as Josh as your next opponent?”

“Well the millions that are watching at home and the fifteen thousand and more in audience tonight, ladies and gentlemen, the pound for pound best heavyweight in the world today, Fedor Emelianenko, the last emperor, congratulations buddy.”