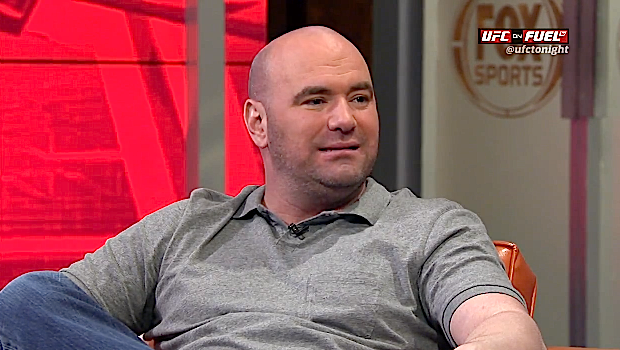 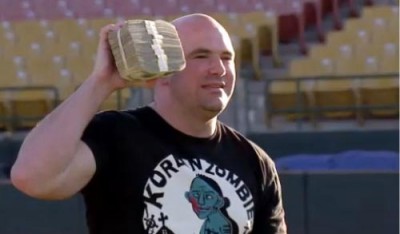 Dana White you are the man, and I urge you to at least read this to the bottom.

Before I start let me say to you who are reading this that no idea is original. Someone, somewhere has had your idea and if no one else has –  it is an extremely rare occasion. They may not have acted on it, and let me tell you this in the world of magicians it’s who acted on it first and the same with musicians. Just see the songs Whoot there it is and Whoomp there it is for examples. So with that in mind let’s go.

The UFC has tapped in to international markets and they show no signs of stopping. In their growth they have so many events that fans are trying hard to keep up with who the fighters of today are. Almost half of the people I ask still think Tito is in the organization and that Randy Couture is as well. They have entirely too many shows, and only a handful of mainstream stars like Ronda Rousey, Anderson Silva, Jon Jones, and a few others. Some of these fights take place on their Fight Pass paid subscription service, on which they also smartly air the Invicta women’s fighting organization on, but I know very few people who watch things on Fight Pass. It’s an amazing tool that is not reaching its potential.

With all of the talk about fighter pay being too low for lower tier athletes the most logical answer would be to make them earn a space in the UFC. REALLY earn it. Make it mean something and make it visible, tangible to people. Right now if you put on a good show in the indies you will most likely get called up as fodder for vets, or you will hopefully shine in your moment. You will still get paid jack squat compared to veterans. Instead of continually having to defend yourself against these complaints Dana, why not make the guys earn it like I mentioned before and here’s how.

The UFC airs on nights that I ring announce at MMA shows, but there are still 1000 or more people at most of those events. People who chose just to read the results on MMA sites instead of paying money for a PPV or simply tuning in to free TV events. This is an opportune time for the UFC to partner with local shows to some extent. Back in the day King of the Cage used to be the feeder organization for the UFC and eventually so did the defunct WEC before it was bought out. I’m not saying bring those back I am saying to wedge yourself in those shows and be the bridge from the indies to the Octagon. Indy to Octagon Program...I like the sound of that. Weight class specific of course.

The above would not kill local shows. I am referring to shows on other nights besides the date the local events are held.

The UFC can capitalize on the local MMA scene by making it a bigger deal than it could ever be on its own. Each organization could have one or more tournaments a year with the winner getting a shot in the UFC or a spot on TUF. You could fill the roster of TUF with just those local guys who will bring in thousands of viewers from their state with them. UFC banners, booths, and even a Fight Pass table to sign people up at those events. Dana, I guarantee you tens of thousands of new Fight Pass members if you do this. Fans are more likely to sign up if they talk to a real person, a good salesman if you will, and not see just an ad.

The tournaments would make these local orgs legitimate and their following would grow. More and more fighters would be vying to get on these UFC local tournament cards and I think you will find that there would be more training, and more training = better quality fighters that the UFC signs, or imports in to TUF directly.

It’s a win – win. The local shows grow, the UFC has a presence in every state reaching out to fans who don’t have an emotional stake in the UFC’s product, and the quality of fighters would increase.

The local sports radio/TV guys would die to speak to a UFC rep to increase listeners, or viewers. There are so many benefits that could come from this plan.

Dana, if you read this I can make this happen for you. Give a creative madman a shot to help you grow in the US!