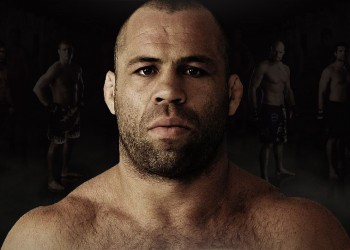 Here’s a hint. If you’re a UFC fighter, don’t run from a drug test or you may just find yourself without a way to make a living. Wanderlei Silva (aka “The Axe Murderer”) evaded a random drug test by the Nevada State Athletic Commission (NSAC) earlier this year, only to later claim he had been taking diuretics to rehab an injury and that was the reason he avoided the test.

Silva’s excuse did not sit well with commission members who met Tuesday in Las Vegas and handed down a $70,000 fine and lifetime ban to the former Pride middleweight champion. Silva, who resides in Las Vegas, is never allowed to fight in the state of Nevada again. The $70,000 fine is 35 percent of the purse he received for his last fight appearance.

Today’s NSAC ruling comes just a few days after Silva released a video announcing his retirement and blasting the UFC for what he perceived as low fighter pay and a general climate of the company not respecting their athletes.

“The Axe Murderer” retires with a record of 35-12-1, 1 NC. He last fought in March of last year when he knocked out Brian Stann at UFC on Fuel TV 8 in Saitaima, Japan. He won “Fight of the Night” and “KO of the Night” bonuses for his performance.