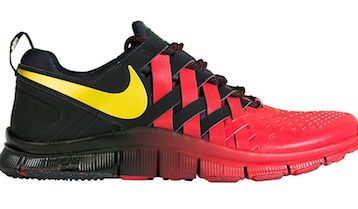 Shortly after Tuesday’s Nevada State Athletic Commission disciplinary hearing that handed down a $50,000 fine and 40 hours of community service to UFC light heavyweight champion Jon Jones, the pound-for-pound king posted a video of himself on Instagram lamenting the loss of his Nike endorsement, which is said to have been in the six-figures.

We were going to post the video for you, but Jones did what he is known to do from time to time when he posts something on social media he perceives as controversial — he deletes it. The video showed him sitting on the side of his bed in a hotel room looking at his Nike shoe while crying (or pretending to cry). He then stood up, threw up his hands and fell face first onto his bed.

With the now deleted video Jones may have been trying to make light of the situation. But no professional athlete, especially an MMA athlete, could feel good about losing such a lucrative and high profile deal, especially when you know there’s no one else to blame but yourself.

Jones did say he has no animosity toward Nike for their decision to drop him:

Yes but I have absolutely zero animosity they've been great to me “@TMTJackson1: @JonnyBones is it true u got dumped by nike?”

It’s pretty unfortunate to see a blue chip sponsor like Nike pull back from their endorsement of one of MMA’s elite, but they have a certain image they want to portray and Jones brawling with Daniel Cormier at a press conference apparently doesn’t fit with that model. 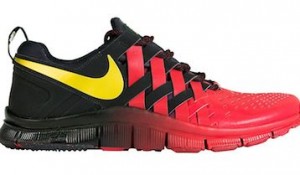 You better go snag a pair of $110 Free Trainer 5.0 Jon Jones shoes (pictured) before they’re pulled. As of this article, they’re still available on Nike.com.