It’s innocent until proven guilty in this country but it’s not looking good for former UFC and Bellator fighter War Machine (aka Jon Koppenhaver). Christy Mack has now posted photos and issued a full statement regarding an alleged attack that took place at the hands of War Machine, who is wanted by Las Vegas police in connection with the incident. The photos and description of the incident is quite disturbing… And there is apparently a $10,000 reward for information leading to War Machine’s arrest.

Added below are the graphic photos and story about what happened pic.twitter.com/U1T1X2OP4d 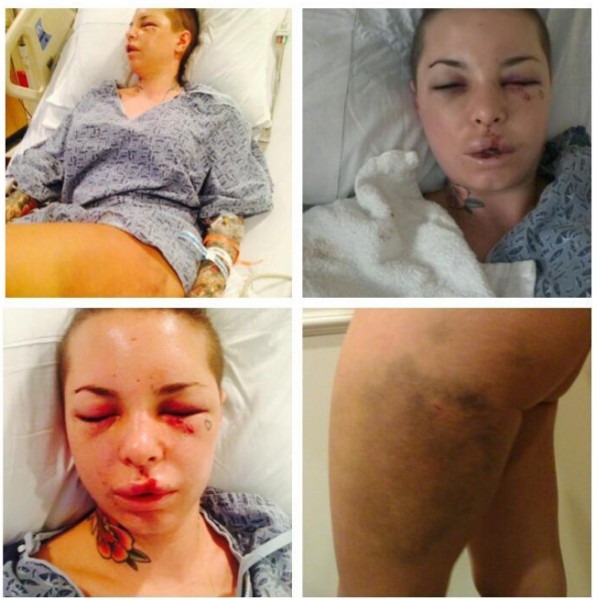 I'm not a bad guy, I went to surprise my gf, help her set up her show and to give her an engagement ring and ended up fighting for my life.

More on the background of this story here, here and here.
[ads1]
[ads2]