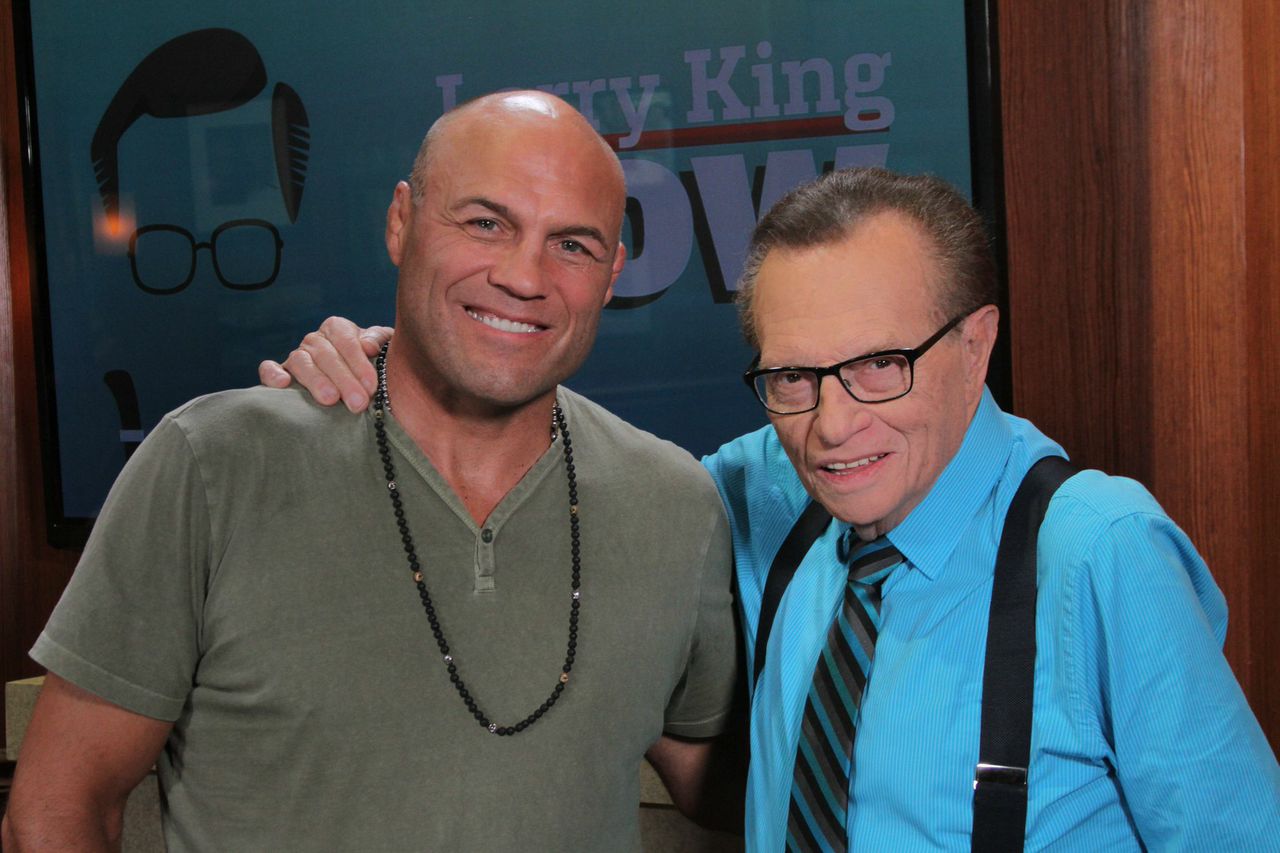 MMA legend and The Expendables 3 star Randy Couture sat down with Larry King on “Larry King Now” to talk about his movie career, MMA and more. The two went from talking about his role in The Expendables series to Ronda Rousey as well as what happened between Couture and Dana White.

Check out the entire episode in the player above.

Larry King Now was just nominated for a News and Documentary Emmy Award in the Outstanding News Discussion and Analysis category.

Episodes of Larry King Now are seen both in the U.S. and internationally around the world as well on several airlines: Lufthansa, Singapore Airlines, Etihad Airways, and Qatar Airways.

Larry King Now has a mass appeal, reaching the broad 18 – 49 demographic, with its core viewer being 25 – 34. Larry King has over 2.5 million twitter followers.