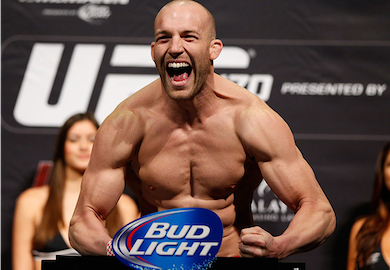 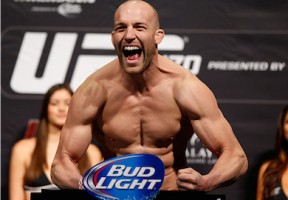 It is amazing what more than a couple days notice can do for a fighter. Patrick Cummins was absolutely destroyed by Daniel Cormier in his UFC debut. Let’s be real though, he didn’t have much time to prepare for that at all. Today he got a fight with ample notice against a more suitable opponent in Kyle Kingsbury and we could see what all the fuss was about.

Cummins was plagued with fighters afraid to fight him or backing out of fights. He is a dominant wrestler and he was able to put that on display against Kingsbury. His smothering style kept Kingsbury searching for a way to get to his feet. The relentless ground and pound came in bunches.

The first round was all Cummins and that dominance followed into the second stanza. The third round started with yet another takedown and more ground and pound. Kingsbury appeared totally out of gas. After some short exchanges on the feet, Cummins dropped Kyle again. Cummins looked in phenomenal shape and kept pushing the action. . It was takedown after takedown, 11 to be exact.  Towards the end of the round Cummins went for a choke but couldn’t lock it in. Nonetheless he totally dominated and notched the unanimous decision win as well as actually scored a couple 10-8 rounds.

Cummins walks away with his first UFC win and only the sixth of his career. Is this the last time we see Kyle Kingsbury? Probably so.

Keep up to date and get live play by play from JJ “The Body Snatcher” Bratcher by clicking here.